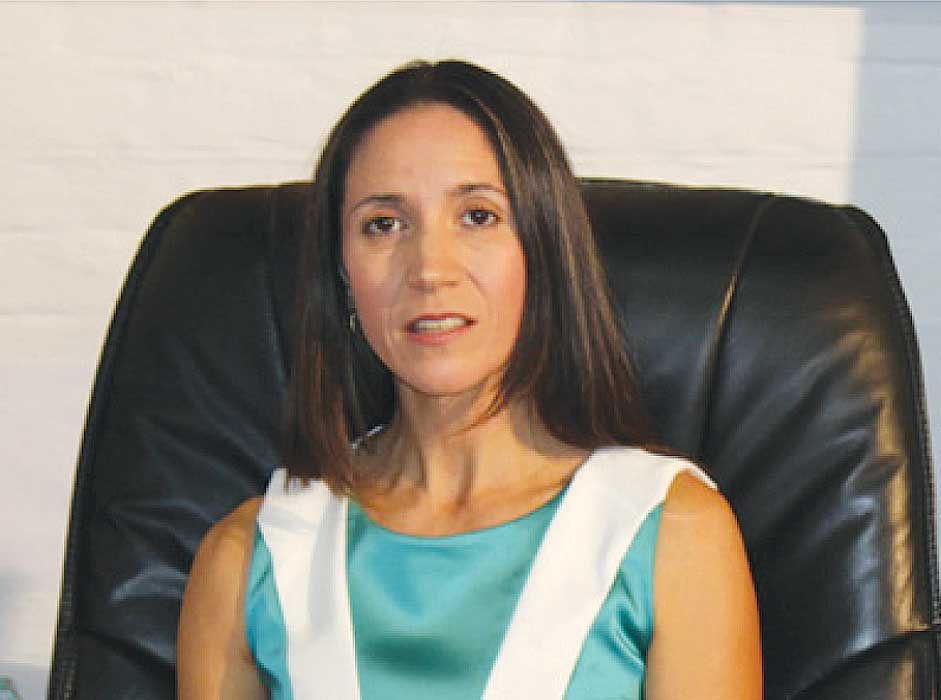 VENEZUELA’S Ambassador to St. Lucia, Her Excellency Lieff Escalona, says her country is the subject of an organized propaganda campaign being coordinated through powerful international media sources and has described as akin to Fake News generated and targeted reports from international news outlets painting her country as going through a humanitarian crisis, while studiously ignoring the causes.

“Unfortunately, the international media, with the support of several right-wing governments, are constructing the artificial belief and spreading fake news that Venezuela has a humanitarian crisis, to justify an international intervention,” Escalona said.

“We have to dismantle these fake news about this specific topic of immigrants and migration, which came about as a result of a specific reason,” she said.

In an exclusive with The VOICE, Escalona said that last month alone (August 2018) there were “187 false reports from international media sources” on the migration of Venezuelans to other countries in Latin America and the Caribbean.

“For this reason, we denounce the media attacks against Venezuela and we are undertaking revealing campaigns through social media networks because this only seeks to increase xenophobia and hatred of Venezuelan immigrants,” the ambassador added.

Admitting that Venezuela is undoubtedly going through “economic difficulties” on account of the financial blockade imposed by the United States of America and noting that her country has been “deprived of food, medicine and essential goods as a direct result of that blockade,” Ambassador Escalona also pointed out that “Venezuelans who had fled the country for a better life a year back, or even a few months ago, are today returning to Venezuela, especially from countries like Peru and Brazil.”

She continued, “Recently, we received many requests from Venezuelan nationals living in Peru wishing to return home. These persons were fooled into thinking that they would be offered better job opportunities and a better lifestyle. However, the reality was that they had to work between 16 and 20 hours a day, salaries were low and as such many of them have approached our embassies seeking assistance to return to Venezuela.”

The ambassador rebuked media houses like CNN “for not capturing and reporting Venezuelans willfully returning to their country after fleeing, but reporting only on those leaving for a better life and how hungry and pitiful they are…”

But, she contended, “Most Venezuelans prefer living at home in Venezuela, in a country which has clear laws about the protection of women, child, elderly, workers and the disabled.”

She added that reports of millions of Venezuelans leaving Venezuela are manipulated and can best be described as “amounting to fake news”.

“The level of manipulation that has developed around this topic is worrying,” Ambassador Escalona said.

She lamented that “The international media will never report that Venezuela, according to the United Nations High Commissioner for Refugees, is the second country in South America with the highest migration levels and the country with the fewest volunteer migrants on the continent.”

“Venezuela has historically been a country that has provided shelter without distinction to millions of foreigners who, for various reasons, have migrated to our country,” she said.

Venezuela is not pleased with the response or non-response of countries when the topic of the Venezuelan migration came up for discussion recently at the OAS (Organization of American States).

Ambassador Escalona noted that “None of the countries sitting at that meeting made reference to the causes that generated the migratory flow from Venezuela, namely the financial, economic and commercial blockade imposed against Venezuela by the United States.”

She continued, “For more than a year, the US government has been the promoter of sabotage to the Venezuelan economy through the blockade of international trade, depriving the country access to food, medicine and essential goods, the blocking of accounts, financial operations and transactions that impede the international payment transactions of the Republic’s commitments or the collection of debts held by international suppliers with Venezuela.”

She said “delays in the purchase and sales operations affect not only the government, but Venezuelan companies and their foreign business partners.”

Further, she concluded, “the blockade caused an increase in all transaction costs related to meeting the needs of the population.”

The lady diplomat said it was in the context of all the above that the Caracas administration refers to the concocted and organized propaganda campaign again her country as being akin to “fake news”.

The interview came after Venezuelans started returning home from Peru through government-organized flights and just after CNN revealed there had indeed been high-level contact between military officers planning a recent coup and US Administration officials.

The CNN report also confirmed Trump administration officials were mindful about the possibilities of success and therefore did not back the coup plotters, some of whom have been arrested following a recent daring assassination attempt on President Maduro using explosive devices attached to drones.