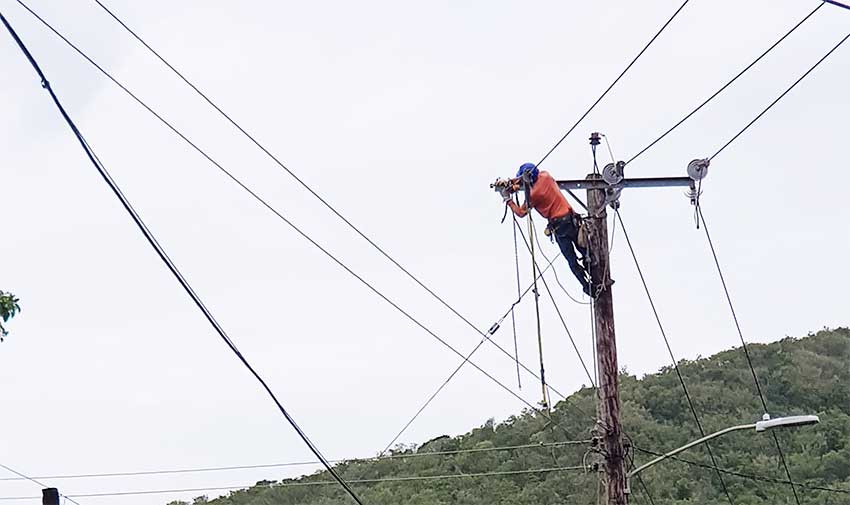 Castries, September 28, 2018 – Power restoration work following the passage of Tropical Storm Kirk continues. Although there was no damage to any of the major electricity infrastructure such as substations or any of the generation systems, several areas were without power due to trees or branches falling on electricity lines or fallen poles.

Power has been restored to several areas that were without power last night.Some of the wider areas still without power include: Gros Islet through to Beausejour, Bonne Terre and Caye Mange; parts of Union; Cap Estate; Babonneau, Bogius, Garrand into Geusneau; Ciceron; Tapion; Forrestierre. In the south, Pierrot into Belle Vue, Vieux Fort.

The expectation is that power should be restored to the majority of the system by the end of the day.

Some isolated faults may take a little longer to resolve as the crews give priority to the more major faults. The smaller, localised faults such as broken service lines (from the pole to the meter)will be taken care of once the more critical faults are repaired.