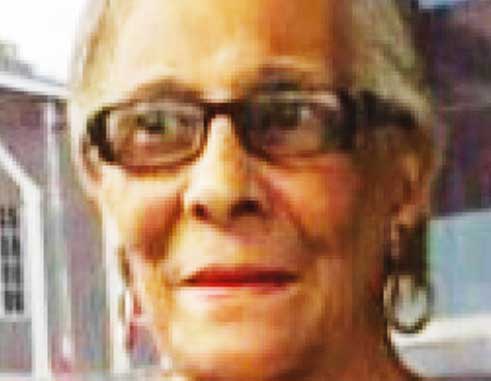 WELL, readers, I gave you notice last week that this would be my final piece in this run as my priorities lie elsewhere at this time. And I’m happy to be making it a really positive one, without discussing the fabricated fury, invented indignation and concocted choler of Opposition forces. Instead, I want to use this piece to shine a bright light on the people alongside whom I work, our supporters, and more so, others whom I come across in the course of that work. So let’s go.

I suppose I should start with the ten ladies of Goodwill Charity. The group is in its 28th year of doing what it does to benefit sections of the underprivileged (variously manifested) of our island. I certainly appreciate members as colleagues and friends but I’m afraid they can’t come close to my favourites, Eldora and Tony, two of the group’s beneficiaries who bring a heart-warming smile to my face just by clapping eyes on them no matter what, and it is clear that the feeling is mutual, for we end up like a trio of Cheshire cats every time, saying nothing, just grinning at each other, until I try to break the spell by asking some question or the other, to which I never get a spoken response, just even wider grins. And so the love fest continues.

At a different location in another part of the city, with a different set of colleagues and a different set of beneficiaries, I get both amusement and joy from listening to Rose’s singing, particularly her very own creative lyrics to well-known songs and hymns, as well as Mary’s totally unique Canaries dancing, as they both demonstrate their respective talents to my rather suspect cuatro accompaniment, said instrument also attracting the ‘bad’ boys on the hill who have lots of talk to offer.

Then at another destination which I used to visit until recently, but no longer do, I would meet young people who are unfortunately so into themselves on account of their sad histories, that joy is not much in evidence, at least with outsiders. They are so scarred from the pain of their young lives, that it is not easy to connect either way. But I did, with one (name withheld), who so wants to be a dancer. And for sure lessons could be arranged, only the time is not right for outside interference in her current space and routine, and won’t be for some time. Tricky stuff. But it will happen.

There’s also the small, but important, annual, sponsored Thanksgiving holiday Walk now in its seventh year to benefit certain students of that well-known institution which does yeoman’s work in the training of youth, who would otherwise be left behind. I have the very difficult, self-appointed job of not walking, but driving, behind the walkers just in case someone has to give up, you get it? Such a sacrifice! And I must admit that no one has ever had to, in six years. Maybe this year…?

So, to Julia, Diane S, Lawrencia, Nancy, Pat, Loy, Janet, Deirdre and Judie, let’s keep on keeping on. To Sr. Claire and the SJC Associates, same message. Next, to the lovely Sr. Maria and staff, what you do with the kids such as my little friend (name withheld) is so beneficial to them and their futures. To the Presentation Associates, Avis, Zinita, Camilus, Linda, Monica and Kerriann, we’ve got to continue, in our own way, to assist the hardworking Dr. M and her staff at C.A.R.E., in keeping Brother Dominic’s dream alive and kicking.

However, as much as I appreciate all of you, and being involved in our causes, I am in AWE of other folk whom I come across randomly or hear about, who have taken on charitable commitments. I’m talking about people with very few worldly resources, who are clearly in need themselves but who reach out to others and help them stay afloat on a continuous basis. They are everywhere across this island, and I call them the UNSEEN, UNHEARD RESCUERS OF SAINT LUCIA. I often stop and think what things would be like in our homeland if all those fine folk withdrew their acts of love and left their beneficiaries high and dry. Not a pretty picture. Saint Lucia would surely feel it. So, I salute you, I salute you, I salute you.

Finally, to my close friends, family, acquaintances and the small group of corporate supporters of the annual walk, we could not do it without you. Thank you for your generosity of spirit and pocket. I’m banking on your continued support.

Finally, Finally, to my friends at the SLBWA: Tony, Denise, Debra, Sheila, Rodney and others, not forgetting Meena and her worthy school box project, you’ll definitely make it through.

And finally, finally, finally, to anyone out there who wishes to get involved in their own way, in any of our causes, do get in touch. There are never ever too many hands, hearts and pockets. So, try it. You just might love it!

And just to be sure that the Inland Revenue people don’t come running after me, let me declare at once that I speak of work in a voluntary capacity.