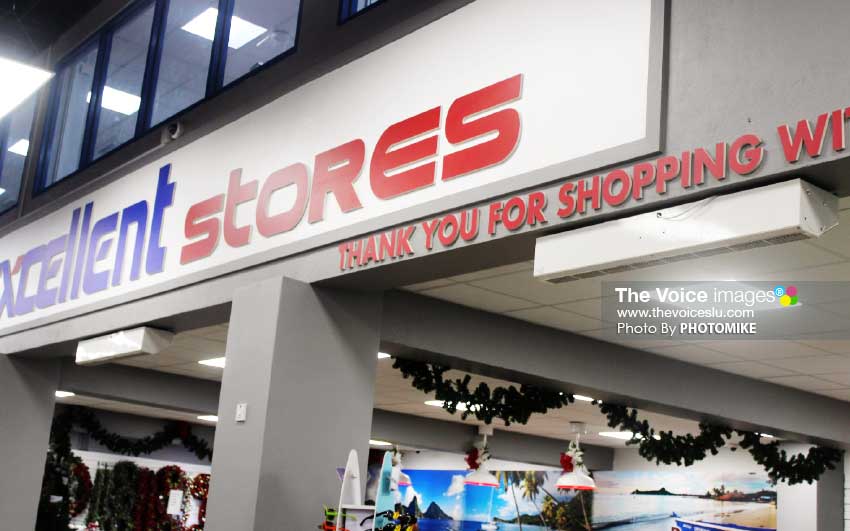 SAID to be the largest and only true department store in Trinidad and Tobago, Excellent Stores Limited is attempting to duplicate its ‘Trini’ success here with the opening Saturday of its first store outside its home country.

Located at the Johnson Center in Rodney Bay, the company had itself a grand launch Saturday morning with the intention to become in Saint Lucia what it is in the twin island state – a household name.

Offering perhaps the widest selection of consumer packaged products, Excellent Stores deals in quality products priced to meet the pockets of almost everybody.

“The quality of goods we carry is value for the customers’ money. We do not buy the cheap products that will not last. We buy a better quality, something that is good quality with good prices. We cater for everyone. We deal in products that would last the customer a long time and that is worth the money,” said Managing Director Franco Siu Chong.

But of all the developing countries in the English-speaking Caribbean, why was Saint Lucia chosen to be Excellent Stores first venture outside Trinidad & Tobago?

The reason is two-fold according to Chong.

He told The VOICE yesterday that after 60 years of operating in Trinidad & Tobago, the company’s strategic plan was to go regional and emerging markets like Guyana with its oil discovery and Jamaica well known for several things, the least being its music and iconic personalities both alive and deceased and Saint Lucia with its physical beauty and emerging economy, were on the cards for consideration.

But according to Chong, Guyana was not quite ready for Excellent Stores to be introduced there, leaving Jamaica and Saint Lucia in the running.

So why did Saint Lucia get the nod?

“Our strategic plan is to become a regional store within CARICOM. My daughter in law is one hundred percent Saint Lucian. It was either one of the three countries that are growing and developing. Guyana not ready for us yet, money is not trickling down to the people. It was either Saint Lucia or Jamaica,” Chong said.

With his daughter-in-law a Saint Lucian, the choice for Chong was easy. Today, the Rodney Bay branch of Excellent Stores is an attractive place to visit.

Opening the Saint Lucia branch coincided with the company’s 60th anniversary of operation in Trinidad & Tobago.

It is a family business going back three generations, according to Chong.

“My family came from China and started with nothing in Trinidad and Tobago. The business was handed down to me. I was born in Trinidad & Tobago, but I consider myself a CARICOM citizen,” Chong said.

He gave kudos to the Government of Saint Lucia for accommodating the store’s entry into the country, stating that his team has had “full cooperation from all government departments.

“I had absolutely no problems coming into Saint Lucia,” was he final interviewing remarks.