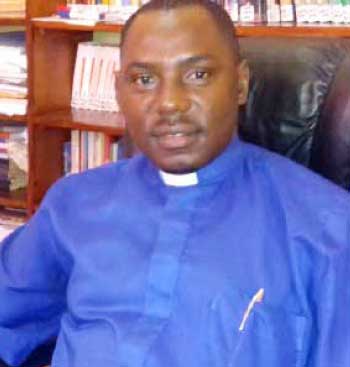 AS we continue to explore the root causes of ugly crime and violence in our communities, should we also not consider absentee dads at homes? The absence of some fathers in the lives of their children nowadays is becoming worrisome even though, it was not uncommon in the Caribbean and Americas in the years past. Most people in the Caribbean are raised by single parents especially mothers. The question is where are the fathers? Do some of our fathers take up their responsibilities? Do they mentor their children in a way they are supposed to? This article is not intended to bash or expose anyone but it is a way of reminding our dads how important they are in shaping our communities in a positive way.

The truth is, when fathers do not take on their parental responsibilities, broken marriages and families are the result. This, in turn, leads to broken societies. Broken societies also lead to crime and violence. Research has shown that children living in homes where fathers are absent are far more likely to be expelled from or drop out of school. Such children develop emotional or behavioural problem. They have the potential to commit suicide, and fall victim to child abuse or neglect. The males are also likely to become violent criminals. Recent research also shows that men who grow up without dads represent 70% of the prison population serving long-term sentences. This points to us, that fathers play a very significant role in our family structure and communities at large. Fatherless children are at a greater risk of drug and alcohol abuse, mental illness, suicide, poor educational performance, teenage pregnancy, and criminality. Psychologists say “adolescents from single-parent families have been found to engage in greater and earlier sexual activity.” Children with fathers at home tend to do better in school, they are less prone to depression, and are more successful in relationships.

The fact is that there are a lot of men out there in our communities today who need to stop acting like “boys”, and realize that responsibility does not end at conception. They need to know that what makes a man is not the ability to have a child but the courage to raise the child. It means that if you are not ready to father a child stop having sex. Our very survival as a nation depends on the presence of dads who need to influence their children in positive ways. Our nation today needs men with integrity! Men who are incorruptible; Men who are complete, and honest to mentor our young men. When that happens I am convinced crime and violence would be minimised if not stopped.

God expects all fathers to show concern and compassion, to care and love the children they bring into the world. Every father has a responsibility to nature the child to grow to become sound and to benefit the society. Dads must be the major influence in their children’s lives. A responsible father must not wrap himself up in his work, hobbies or sports to the detriment of his family. A responsible father does not allow himself to be the cause of the destruction of his family’s integrity. Responsible fathers teach the family to have respect for each other. As a father, could your child one day say: “The greatest gift I ever had come from God—that gift was my dad?”

Dads are the ones to shape the spiritual foundation of their children. Growing up, dads were seen as the ones with “power” and influence in the family. They were the ones who were the leaders of the family. In those days the dad was seen as the image of the family. So, the Akans of Ghana has a proverb which entrenches this idea when it says, “When a woman buys a gun, it is kept in a man’s room.”This proverb shows that women do not have the “capacity” and “ability” to manage valuable property¸ an indication that they must play insignificant and “subordinate” roles to men with regards to property ownership. As a result, it is common to find in most African societies, where a wife owns a house or a car, but it is held in trust by the husband and or a son, and she would not openly claim ownership of the property. A woman, who does so, would be seen as disgracing her husband. And the only time the truth comes out, is when the marriage runs into difficulty and the issue of divorce comes up. This may sound as negative in Caribbean context but, it is not, it is an indication of the man being the “head” to keep everything in check including raising children.

I remembered very well in those days, dads used to do hard work in order to provide for the children and the wife. The dad had the responsibility to cater for the upkeep of the family, and that made the dad seen as the head and take decisions on behalf of the family. The Akans of Ghana believe that the dad is the one who provides the soul of the child through the semen in the course of a baby’s conception. The soul is responsible for the character, temperament, genius or quality of the person. As the child starts growing and socializing in the community, the child needs the soul which is the character from the father. This confirms what Sigmund Freud, one of the greatest child psychologists said: “The strongest need in childhood was for a father’s protection”. There is saying that “one father is more than a hundred school masters”. I find this to be true, in that the child needs positive the influence of the father to be able to fit into the normal life in the society.

Psychologists say that mothers and fathers speak to their toddlers in very different ways. A father’s talk is characterized by more questions, such as “what” and “where”, which stimulates children and get them to take over more responsibility for communication in that interaction.

Studies have proved that a father’s early involvement in caring for children helps with marital stability and is even associated with marital satisfaction in midlife, making it more likely that the couple will still be happily married 10 or 20 years after the birth of their first child.

In the Jewish tradition, the father’s spiritual duty is require to circumcise his son, to redeem him, to teach him Torah, to assure that he marries and to teach him a trade. As dads, remember that you have responsibility to shape our communities. God has placed a greater responsibility on you to represent Him on earth to train the children under your care. One day, you will stand before God and give an account of your spiritual guidance over your children. As mothers, stop “competing” with the dads. We know you are educated, you have better jobs than the dad, but let dad be dad to bring peace at home and to raise responsible children who will grow to shape our country. I sincerely believe, when dads give love, acceptance, support, encouragement and forgiveness to wives and partners, our homes and communities will have stability, security and serenity. This will help to raise more responsible children and when that is done, it would minimize all the social vices confronting us. God bless all fathers and would be fathers.