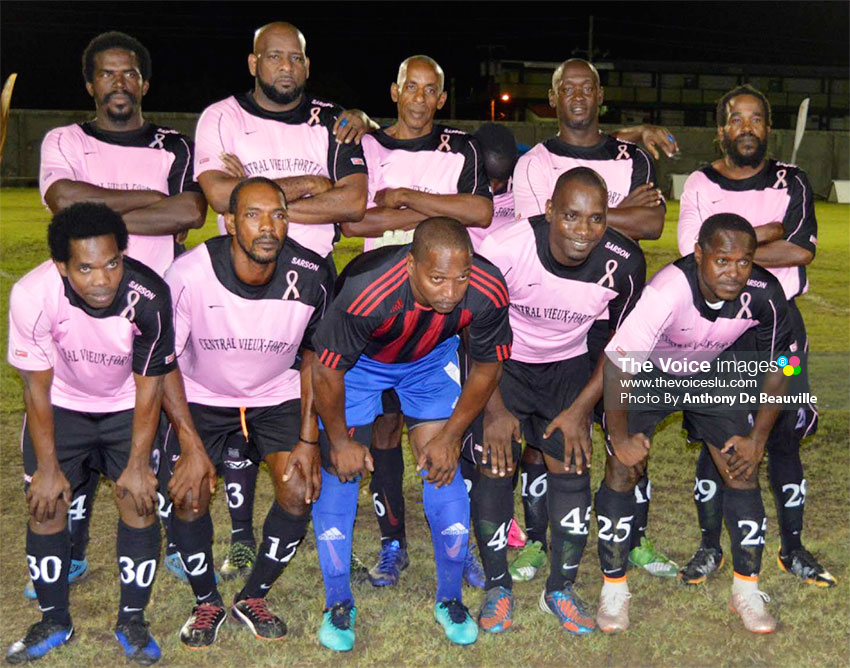 CENTRAL Vieux Fort is the champions of the first ever Veterans in Sports Inc “Kick for a Cure” Football competition played at the Phillip Marcellin Grounds on Emancipation Day, August 1st.

In front the usual veteran’s crowd who came out in support of this fund raiser for a breast cancer patient.

For Vieux Fort North it was more of a challenge to make it to the business end of the competition, as they were unseeded, and as a result played in the first game of the day’s event and made it all the way to the final.

In the final, Titus Elva and his team were just too much for their northern counterparts. Former national player Andy Jn Baptiste open the scoring for Central Vieux Fort to make it 1-0 and that’s how the scoreline remain up until the final whistle.

“It turned out much better than we all anticipated,” said CEO of Veterans in Sports Inc Alvin Malaykhan. “It was an exciting fund raiser and all the teams came out in support of the activity.”

President of the VFS Football League, Emmanuel Bellas said, “The one day event was to raise funds for a young woman from VFS, Alison Belizaire who has been diagnosed with breast cancer and has been undergoing chemotherapy over the past year. This treatment however is providing to be very costly and so she approached the VFS Football League for assistance.

Meanwhile, the highly anticipated 2018 Veterans Football Tournament will be launched on Sunday 4th November under the theme – “Leading the Way.”