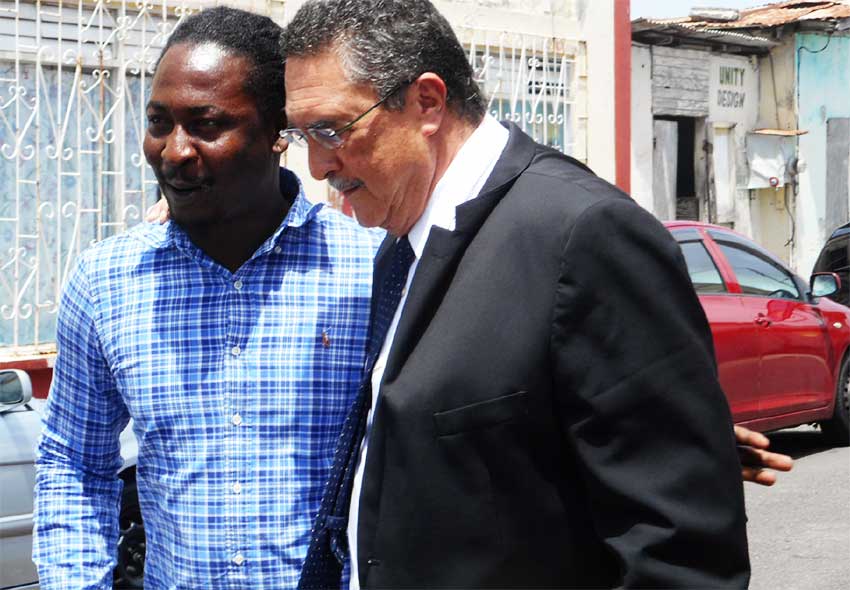 BEAMING with confidence, the two men of Vieux Fort who were charged in connection with a profanity-laced explicit video posted on Facebook a few months ago made their third court appearance on Tuesday.

However, their matter was adjourned for June 7.

“We (expletive) fed up with government…Vieux Fort South isolated,” Mathurin said in the video.

The men are being represented by several lawyers, including district representative of Vieux Fort South and former Prime Minister, Dr. Kenny Anthony and attorneys Ferguson John and Wayne Harrow – and four of their lawyers were present at court on Tuesday.

In a press statement following the incident in January, Dr. Kenny Anthony promised to represent the accused free of charge. He described their arrest as ‘outrageous’ and ‘a violation of freedom of expression’.

In interviews with this reporter moments before their court appearance, the accused — who were all in a cheerful mood — said they are not bothered by the charges laid against them and expressed confidence that their cases will be dismissed.

“I am confident I will win my case. I have confidence in my lawyers,” Charles said, with a radiant smile.

Mathurin said: “It’s a waste of time…I am not worried.”

Persons outside the court expressed support for the men as they made their way in the court.