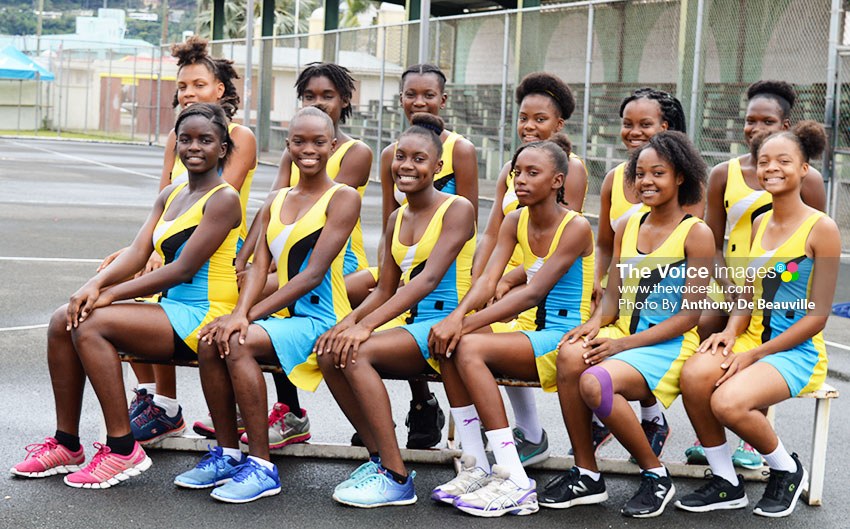 The opening ceremony commences at 4.00p.m. with the march past of teams from the Waterfront in Castries.

Following the opening ceremony, all eyes will be glued on Court No.1 where host Saint Lucia plays Dominica at 5.30p.m.

In the second encounter, Barbados will be up against Trinidad and Tobago at 6.30p.m. and to bring the curtains down on Day 1, Saint Vincent and the Grenadines play Grenada at 7:30.pm.

The team played their last practice match on Wednesday evening and Head Coach Shem Maxwell expects the players to give a good performance.

She said, “We are not where we should be. There is a lot more that could have been done with the ladies and because of the length of time we had to train it was a bit difficult. But there is room for improvement”.

“They will definitely perform, they are bonding nicely as a team and the motivation is at an all-time high”. Maxwell noted.

She continued, “The girls were led through the paces of everything to expect at the tournament in terms of the rules and regulations along with responsibilities of being a national player”.

Maxwell has full confidence in the entire squad, but singled out Megan Nestor (captain), Dasha Eugene (vice-captain), Bernet Joseph and Racquel John as the players to watch.

She said, “We will not be complacent. We are going in and we are going to fight from beginning to end,”

By all indications, the management team is hoping that the time spent at the various training sessions leading to the championships, the players can bring it all together on centre court.

Tomorrow, Trinidad and Tobago plays Grenada at 5:30p.m, Jamaica plays Saint Vincent and the Grenadines at 6.30p.m. and Saint Lucia versus Barbados at 7.30p.m.

Meanwhile, on Monday the championship moves into high gear with three matches in the morning, the shooting competition at 3.00p.m, while the action resumes on centre court at 5.30p.m.

In the morning session, Jamaica plays Grenada at 7.00a.m; Dominica versus Barbados at 7.15a.m. and host Saint Lucia takes on Trinidad and Tobago at 8.00a.m.

Evening action resumes with Dominica up against Grenada at 5.30pm, Barbados plays Saint Vincent and the Grenadines at 6.30p.m. and Saint Lucia meet Jamaica at 7.30p.m.