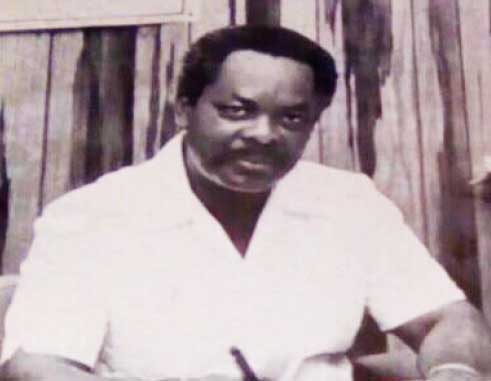 MR. CORNELIUS Lubin served as President of the St. Lucia Association of Retired Persons, Inc. (SLARP) from 2001-2003. It was a stimulating period for the Association as it had just expanded membership to all retirees and not just only to government pensioners, as was the original intention when it had started in 1985.

He recalls the atmosphere in which the new association operated: “There was the notion that once you retired, you had no right to a good life and were sent home to die. The feeling was that the best retirees could do was just stare at the walls at their homes and were not able to continue to contribute to our country in some meaningful way. The association, was an attempt to get retirees away from that mindset, to get them to socialize, to support each other and provide assistance wherever possible.”

Mr. Lubin joined the association after a noteworthy tenure as a career civil servant and plunged right into giving the Association a much needed boost: (1) for recognition by government and the wider society, and (2) increased membership with better benefits. “We were able, for example, to get discounts on services accessed by retirees and build bridges to associations in other countries, especially then, Barbados”.

While the progress made by the association was welcomed, Mr. Lubin noted that there were still resistance and suspicion by pockets of retirees. “Not all members or prospective members were progressive in their thinking,” he stated, “of the role of the association, and this slowed down its faster growth. Some preferred participating from a distance and some were just obstructing any move to advance.”

Sitting in his balcony on a sunny morning is far from his vibrant days in charting a new vision and direction for the association.

Mr Lubin was recounting the “old days”, when the executive he headed, he said, had to keep on pressing ahead and had to pull all the stops to get improved recognition.

He recalled, for example, the organsation’s first meeting with then Prime Minister, John Compton:

“The public servants, at the time, were seeking salary increases. No one seemed to have remembered us, those who had gone before. We went to bat for ourselves. We brought our case to the prime minister with details and figures to support our view that we as retirees deserved better.

“The PM expressed disenchantment that no one had brought the plight of older persons/retirees to his attention. The PM asked u: ‘Why didn’t anyone tell me this before hand?’”

One could well imagine the firmness, precision and passion with which Mr. Lubin and his executive presented their case to have won an ally in the person of Mr. Compton.

Of course, as leader, his experiences and wealth of knowledge of the public service – having retired in the position of permanent secretary – would have assisted greatly in solidifying the case in favour of the pensioners.

Mr. Lubin is regarded as one the most progressive leaders of the pensioners and retirees/elderly movement in St. Lucia. It was during his tenure as president that the association recorded several achievements and developments that directly benefitted their well-being.

He certainly provided a broader vision and this assisted in a change in the society’s perspective of the valuable role that older persons can continue to play in the progress of their country.

In the original Bye-Laws, apart from the obvious reasons why the association was formed, one of the objectives listed is: “To promote the material and social welfare of its members by negotiating on their behalf concessions and discounts from businesses and companies, in respect of services, insurance rates, and in respect of other commodities which the company may from time to time deem expedient.”

Today, some of benefits negotiated for back in the day still remain and provided a framework for seeking of other benefits, subsequently. However, during the interview for this article, Mr. Lubin was a bit irritated, quite unusual for someone who is known to keep his cool.

His annoyance was because of the recent news that the General Post Office (GPO), without warning, would no longer honour a long-standing arrangement to allow free postage for correspondence from the association.

“This is something we worked hard for on behalf of our membership. It may seem a simple matter in 2018, but back then, even when local postage was 10 cents, it was a fight to get this in place. To have this recalled without notification of discussion is disrespectful.”

Another matter that had him aggravated also was the non-inclusion of the SLARP in dialogue on exemptions under the VAT regime. “This association cannot be left out.”

He shared a copy of a newspaper article dated November 2002. As president at the time, he was quoted in a message at a recognition ceremony for members who had reached 80 years and over. It also marked the Association’s first anniversary as a re-constituted organization. Mr. Lubin noted back then:

“As pensioners, we are considered old by the system, typically characterized as economically unproductive, dependent, passive. We are being considered, at best, as irrelevant to the development and, at worse, as a threat, to the prospects of increased prosperity.”

That was unfortunate, his words of 16 years ago, rings true today.

“I see some of the very concerns and hurdles we faced are still on the horizon and it’s usually because of ‘Too much being done by too few’.”

Nonetheless, he shared some ideas that he would like to be considered by the current and executives in the future, including: “Increasing the outreach to older members, especially to those who need help”, he advised.

This year the association is celebrating its 33rd anniversary.

(Jerry George is a SLARP Member)