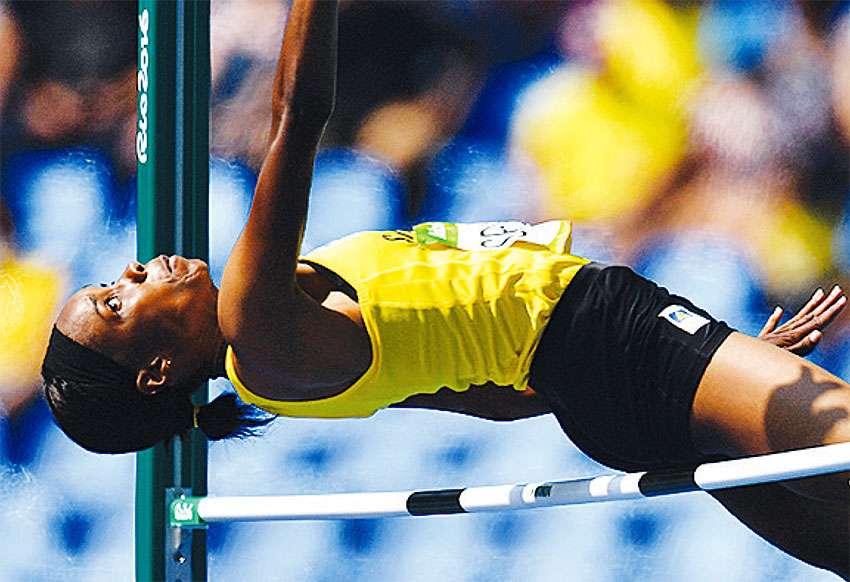 Saint Lucians from all walks of life, at home and abroad, are still basking in the achievements of Saint Lucian high jumper Levern Spencer.

Shortly after 2 am (local time) on Saturday morning, April 14, 2018, Spencer struck gold in the high jump at the XXI Commonwealth Games.

The multi-sport event was held on the Gold Coast, Queensland, Australia, from April 4-15 2018.

It was Saint Lucia’s first gold medal at the event on a night of competition which also saw another Saint Lucian high jumper, Jeanelle Scheper competing in the final.

Spencer, twice a bronze-medalist at the Commonwealth Games, leapt 1.95m to win the gold for Saint Lucia.

“It’s a really good feeling and I am happy I’m the one making history for my country,” the 33year old Spencer told reporters following the event.

“In the last two editions of the Commonwealth Games I got bronze so I was determined to work hard this time to win gold,” she added.

It is for this sort of determination that Levern Spencer has come in for high praise from Senator Hon. Fortuna Belrose, Minister for Local Government and Culture.

The Minister stated Monday that Levern Spencer’s hard work, discipline perseverance and determination should be a lesson to all Saint Lucians, especially young persons.

“Levern’s victory is something that the entire country is celebrating at this time and it is a well-deserved victory that has paid off after years of hard work,” Hon. Fortuna Belrose said.

“She is serving as a great source of inspiration for our young people and we want to congratulate her and to say to her to keep on shining, keep rising and keep making us proud,’ Minister Belrose, who is also the President of the Saint Lucia Olympic Committee added.

The Minister went on to indicate that a special welcome celebration is in the making for Levern Spencer.

And, during the annual national sports awards in February of this year, Minister for Youth Development and Sports Edmund Estephan reminded the audience that the fourteen- time sports woman of the year, Levern Spencer, was marking 20 years in sports and that a special celebration for her was being planned.

“This victory at the Commonwealth Games now makes it even more fitting, for us to celebrate Levern Spencer in a big way,” the Minister stated.

“I would like to congratulate Levern on her achievements and we stand ready as a Ministry and indeed as the Government to mark the occasion in a significant way and to do something grand for Levern as our national sporting hero,” the Minister of Sports emphasized.

As the news of Levern Spencer’s victory went viral Saturday morning a post on the official page of the Prime Minister of Saint Lucia Allen Chastanet read: “She was already a Saint Lucian legend and now Levern Spencer has given our country even more reason to celebrate her greatness.”