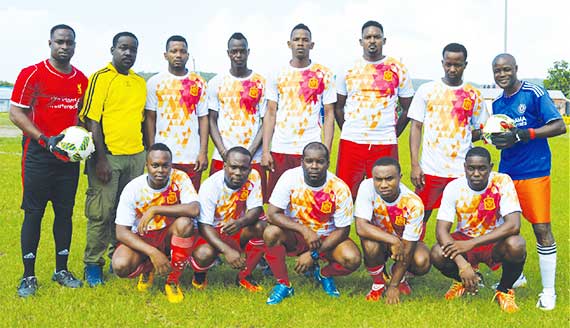 IN an effort to highlight and recognize the efforts of the players, administrators, coaches, officials, supporters and sponsors of the sport in the district for the period January 2016 to December 2017, the Gros Islet Football League will stage its 2nd Annual Football Awards Ceremony this evening, from 7pm at the Gros Islet Secondary School.

A record 31 awards will be handed over, including the BallonD’or Award.

Attending and delivering addresses will be Parliamentary Representative for Gros Islet Lenard Montoute, GIFL President Shane Paul, President of the Saint Lucia Football Association Lyndon Cooper and Director of Youth and Sports Patrick Mathurin, while the feature address will be delivered by Danil Denis.

Also in attendance will be the executive members of the GIFL, nominees, representatives of the various teams within the district and members of the media.

According to the organizers, for the year under review, the district of Gros Islet secured various championship titles in National competitions namely: Under-15 Boys Champions 2017, 2nd Place U-16 Girls 2016 and 3rd place U-17 Girls 2017, Under-22 boys 3rd place 2017, 3rd Place in back-to-back Blackheart Tournaments 2016/2017 and Champion of Champions Trophy 2016.

A number of executive members also secured spots on national delegations and within the national football structure.

On Saturday 17th February 2018 at the National Sports Awards, hosted by the Ministry of Youth Development and Sports, the Gros Islet Football League was crowned Organization of the Year 2017.

All of these successes were as a result of the joint efforts of the league’s executive, the establishment and functional operation of the league’s various clubs and teams and — most importantly — the talent and perseverance of the players within the district.

Team Awards: Most Disciplined, Most Improved and Team of the Year.