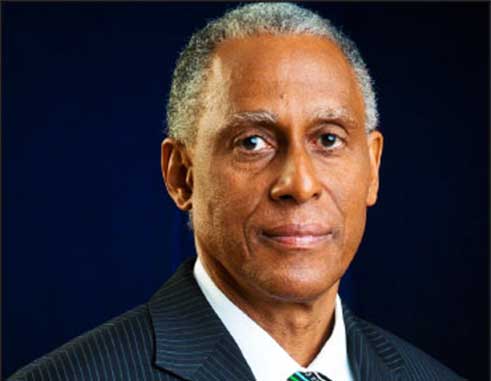 PRESS RELEASE – THE Honourable Mr. Justice Adrian Saunders, who will assume the post as president of the Caribbean Court of Justice (CCJ) on July 4th, has been appointed to the Advisory

Board of the Global Judicial Integrity Network by the United Nations Office on Drugs and Crime’s (UNODC) Global Programme for the Implementation of the Doha Declaration.

Mr. Justice Saunders is also the Chairman of the Caribbean Association of Judicial Officers (CAJO).

The UNODC will also provide bilateral and regional technical assistance to support judiciaries in the development and implementation of strategies, measures and systems to strengthen integrity and accountability in the justice system.

The other members of the Advisory Board are: DuroSessa: President of the Supreme Court of the Republic of Croatia and President of the Consultative Council of European Judges; Masood Bin Muhammad Al-Ameri: Chief Justice of the Supreme Judicial Council, Qatar; Maria Theresa Moura: Minister of the Superior Court of Justice in Brazil and Director-General of the Brazilian National Magistrates School; Zainun Ali: Judge of the Federal Court, Malaysia; KashimZannah: Chief Judge, High Court of Borno State, Nigeria; NihalJayawickrama: Coordinator of the Judicial Integrity Group; Jose Igreja Matos: Judge, Court of Appeal, Porto, Portugal, President of the European

Saunders was appointed a Judge of the Caribbean Court of Justice in 2005 and, in February 2018, it was announced that he will be the third President of the CCJ.