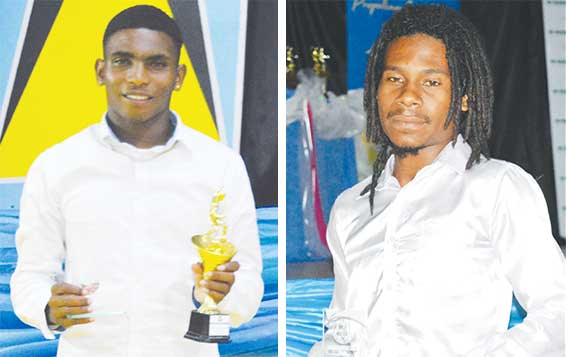 A number of executive members also secured spots on national delegations within the national football structure. At the just concluded National Independence Sports Awards, hosted by the Ministry of Youth Development and Sports, the Gros Islet Football League was crowned Organization of the Year 2017. All of these successes were as a result of the joint efforts of the league’s executive; the establishment and functional operation of the league’s various clubs and teams; and most importantly the talent and perseverance of the players within the district.

The proceedings were chaired by the League’s General Secretary Lavorne Verdant-Desir assisted by from three orators; Charde Desir, Vice President of the League, Francillia Austin, PRO of the Gros Islet Youth Development Council and Sheris Paul. Various brief remarks were shared at the start of the ceremony most notably being the President’s address by Shayne Paul and the Hon. Lenard Spider Montoute. The Guest Speaker was Danil Denis. Denis lit up the awards with his words of wisdom and gave the young people hope for their future using a number of scriptures reading.

Every nominee received a Certificate of Recognition.

Coach of the Year: Chris Monrose

Officials and Support Staff who have served the league for the past two years were recognized and was handed certificates of Appreciation.

Media officials were also recognized for their contributions over the years. Each media personnel received a certificate of Appreciation. All sponsors of the awards received a plaque for their generous contributions.

The Longevity Award went to Jenifer Gaston for her sterling contribution; while Shane Paul and Charde Desir copped the Executive Members of the Year award.