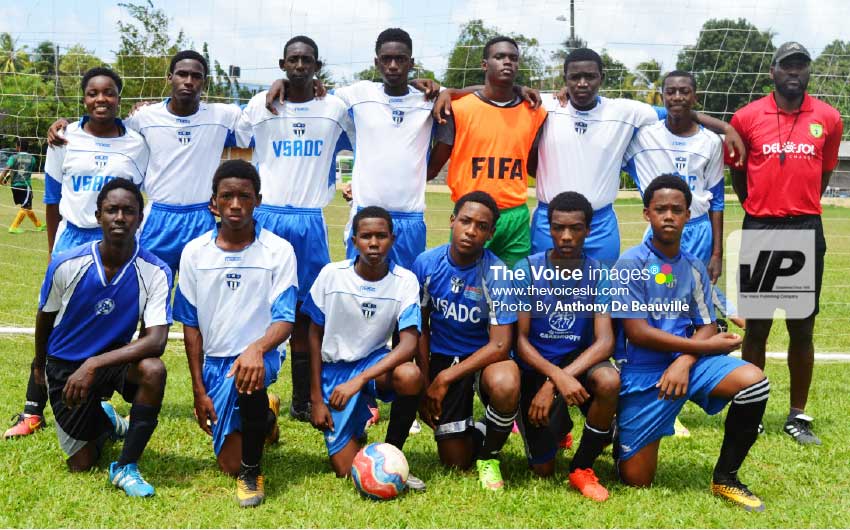 SAINT LUCIAN footballers from the VSADC Academy and affiliates of Castries Football Council will be leaving shortly for the 2018 Easter weekend football fiesta on French soil — the prestigious tournament to be held in Martinique from Friday 30 to Saturday 31 March.

VSADC footballers will meet some of the best youth teams from the Creole-speaking Caribbean territories of Martinique, Guadeloupe, French Guiana, Haiti and Dominica.

All teams will also be exposed to the cultural aspect of Martinique.

The VOICE spoke to Peter Prospere, one of the coaches in the VSADC Football Academy, who will be travelling along with the players.

He told the VOICE, “We are presently preparing for a number tournaments, including the Gros Islet Football League Guardsman Under -14s, Castries Football Council Under-10s and Under-17s and the Saint Lucia Football Association Under-23 national championships.

He continued, “Our Under-13 team was invited, but what we decided to do is bring along our Under-17 players for overseas exposure, so we are actually travelling with a team of at least 40 players — plus coaches, managers and parents.

The team will depart on Thursday March 29, the tournament will commence on Friday 30 to Saturday 31 and the team will return on Sunday 1 April.

The Under-13s will play a number of games, while the Under-17s will play two invitational games against one of the Martinique teams.

By all indications, during one of their training sessions at the La Clery playing field, the players appeared all excited and are looking forward to that life time experience.

Prospere said, “One of our shortfalls — the Sab playing field is presently out of commission and that has hindered our overall preparation, so currently we are using the La Clery playing field with Flow Lancers FC”.

His Expectations: “Based on some of the players we have in the two age groups, we should be able to compete knowing the high quality of football the French teams play, but we should give a good account of ourselves on either end of the pitch”.

In terms of sponsorship, Prospere said, “The National Lotteries Authority (NSL) is our biggest sponsor. They gave us a good sum. We also had a few fund-raising activities, including a Bar B Que and Bingo party, while some of the parents are paying for their children to travel”.

The success of the VSADC Football Academy over the years has been demonstrated in the significant number of participants who have gone on to represent their schools at the primary and secondary levels and also graduated to national teams.