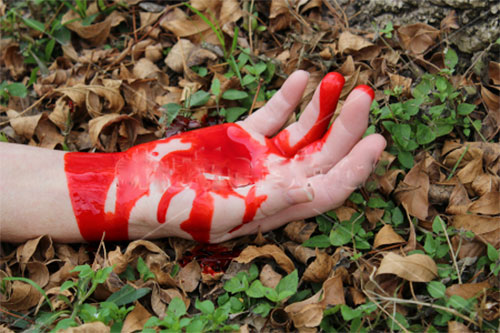 THE Apartheid System in South Africa ended almost 24 years ago.

The end of a system seen as racially oppressive was expected by many in the West to be the beginning of a ‘New South Africa’, free of racial oppression and seen as a shining example of what a society brought from the dregs of racial inequality to the heights of equal opportunity could become.

The ‘Rainbow Nation’ was supposed to have been that primary symbol of freedom. But in just over two decades it seems to have become the opposite: a nation of utter chaos, with crime rates reaching unprecedented heights.

That crime rate has seen the deaths by murder of personages famous over here in St. Lucia such as celebrities such as Lucky Dube, who were not victims of racial oppression in their homeland. Rather, many of them fell to the bullet of a gun fired by someone of their own race.

The outcry over Dube’s death would perhaps have been much the louder, had he been killed by a white South African. Rather, the relative meekness with which news of his death was received is indicative of the race-tinted glasses, with which many of us in the West chose to analyse crimes of violence and possibly even the genocide extermination of a people.

The murders of white South African farmers and the statistics which accompany them hardly do justice to those suffering people, who are still perceived as perpetual oppressors, even in the midst of a death rate that can possibly described as genocide.

Every year, nearly a hundred white farmers are killed in South Africa, which has led to the work of a South African farmer being dubbed “The most dangerous job in the world.”

The mainstream media in the West remain skeptical. In a BBC article entitled: ‘Are protesters right on South Africa farm murder rate?’ the media outlet claimed that the murder rate touted by South African protesters is exaggerated.

Quoting a tweet from Daniel Savage which claimed that: “Genocide watch has stated White Farmers are 4-times more likely to be murdered than any other South African”, the article cites that police figures are far lower, stating: “South Africa’s Police Service says 74 people were murdered on farms between April 2016 and March 2017, up from 58 in the previous year.”

What the article misses though — and perhaps was too preoccupied “fact-checking” to realize — is that even the number provided by the police is still a significant figure by any metric. Also, some police officers have admitted that their official numbers are still probably lower than the actual figure, which has not been tallied.

In a video entitled: ‘South Africa’s Farm Murders: Jeanine’s Story’, Southern speaks to a woman named Jeanine, who describes how her father was brutally murdered with the perpetrators getting only short jail sentences.

“My dad was living alone, my mum was living in an Alzheimer’s home,” Jeanine stated as she began describing the events which led to her father’s murder.

Jeanine continued: “Because we were so safe here, there was actually no handle on the back door. It was always open. This security gate was right here. So my dad heard the knock on the door, opened the door, was shot in the stomach.”

What the aforementioned BBC article also fails to address are the other violent crimes perpetrated against South African farmers, who are mostly white.

The nature of the rapes and other forms of torture inflicted on South African farmers is quite gruesome and cruel.

Claudia Bryan’s “grandmother owned a bakery in South Africa. One day six blacks entered the bakery and gang-raped her. They then tried to shoot her. The gun jammed. In anger they gang raped her again and the 70-something woman died. Robbery was not the motive.”

These rapes and other violent crimes perpetrated against South African farmers continue to go on largely unreported in Western media, perhaps because it does not fit the constant race-baiting narrative of a “white” oppressor and a “black” victim. Rather, these cases represent the classic case of the shoe being on the other foot and Western reaction (or the lack thereof) has been rather shameful.

If anyone doubts that “white genocide” in South Africa is a possibility, read what Julius Malema, leader of the Economic Freedom Fighters (a political party in South Africa) had to say on the matter: “We are not calling for the slaughter of white people‚ at least for now”.

And anyone who thinks this is extreme and not mainstream must not know that members of the African National Congress (Nelson Mandela’s Party) not so long ago, sang the song “Kill the Boer” in reference to the so-called white population of South Africa.