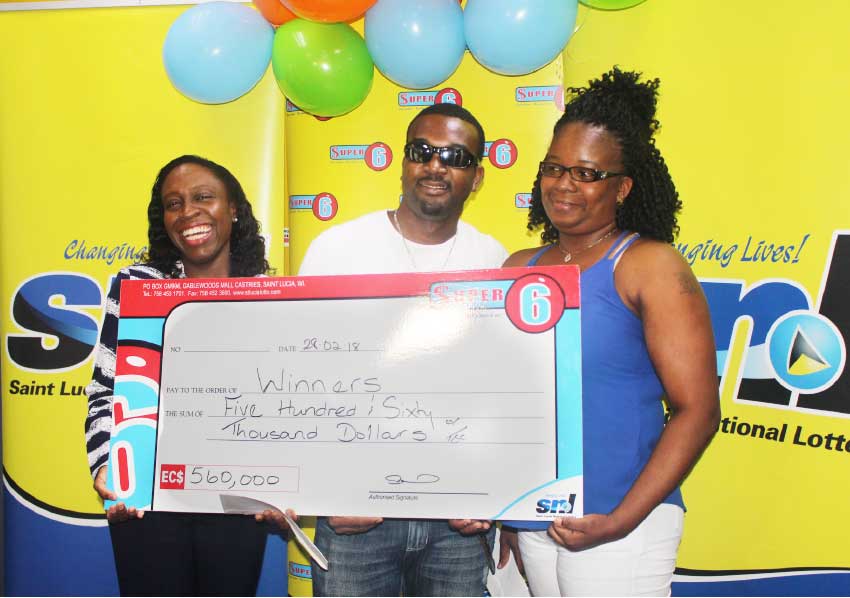 HISTORY has been made! This is the first time the Super 6 jackpot has been won by three gamers. Two of the lucky winners were from St. Lucia and one winner from St. Vincent and the Grenadines.

Both gamers were excited about their winnings even though the jackpot had to have been shared among them. When asked what they would do with their winnings the husband to Mrs. Lewis remarked “we would look to purchase a house and build a foundation.”

Miss Jean on the other hand uncertain as to how she would use her winning commented “I am still in a daze but thankful to all who played and made it possible for persons feeling discouraged she stated “Continue playing you must be in it to win it, just take a chance!”

Surprisingly, both of the winners used different methods when selecting their winning numbers. Mrs. Lewis won on a quick pick from Dax Wholesale in Castries while Miss Jean personally selected her numbers at the Balata Mini Mart. This just goes to show customers that you can win any way you choose to play.

The SNL team once again congratulates Stephanie Jean and Kizian Lewis on their winnings and encourages gamers to continue to play as there are still Bigger jackpots to be won!