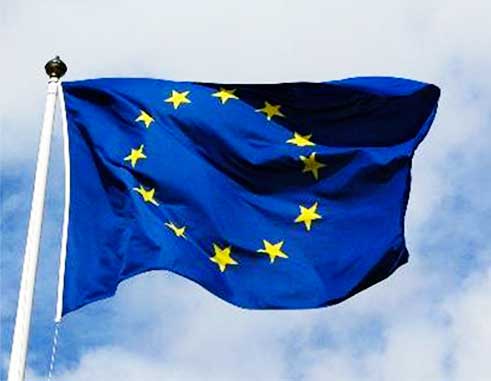 ST. LUCIA seems destined to be taken off the European Union’s tax haven blacklist according to reports emanating from media sources in Europe.

However Prime Minister Allen Chastanet was optimistic about the removal but did not confirm the reports.

He however referred to an upcoming meeting next week of the EU Code of Conduct Group where the fate of St. Lucia will be decided.

“Once that board meeting happens we’ll formally know whether we’re off the (blacklist) or not.” stated Prime Minister Allen Chastanet, who also said that he is not certain whether or not St. Lucia will be taken off the EU blacklist.

The “board meeting” in question is scheduled “I think (for) March 13th” stated the Prime Minister after he made it clear that he “can’t confirm or deny those rumours.”

However, St. Lucia has been reported as one of the countries due to be taken off the EU blacklist later this month. According to an article by RTE entitled: EU tax haven blacklist set to shrink further; “European Union states are set to remove Bahrain, the Marshall Islands and Saint Lucia from a list of tax havens next week…an EU document shows.”

The Prime Minister also delved into the “grey list” component of this issue as well as his disagreement with the manner in which the announcement was made.

He stated “We still have to go through a process of negotiating with the EU in terms of what they find to be offensive.”

That is because countries on the grey list can be moved back to the blacklist.

Speaking about potentially getting off of the blacklist, Chastanet stressed that that did not mean that the problems with the EU would be ended. “I just want to say to everybody that getting off the blacklist and being put on the gray list doesn’t take you out of harms way.”

This is in accordance with what was reported by Reuters earlier this year, when it was announced that eight jurisdictions had been removed from the EU blacklist onto a gray list. “Eight delisted jurisdictions have been moved to a so-called gray list, which includes other 47 jurisdictions that have committed to changing their tax rules to abide by EU standards on transparency and cooperation.”

The article went on to report that; “Countries on the gray list can be moved back to the blacklist if they fail to respect their engagements.”

The Prime Minister did reference his frustration with the way the blacklist process went when it was initially announced, before stating that it is now “water under the bridge.” “I think that we formally complained that going through this process the way that they did; it’s reputational damage.”

The Head of the Government of St. Lucia was hardly alone in his criticisms. As reported by The VOICE Newspaper in an article entitled: Why the EU Should Stay Out Of Our Affairs” Oxfam member Aurore Chardonnet, criticized the move by the EU, pointing out that “It is no secret that tax havens remain at the heart of the EU, with four European countries actually failing the EU’s own blacklisting criteria,” and that “EU governments should tackle tax havens within the EU with the same urgency they are pressuring other countries to adopt tax reforms that were decided by an exclusive club of rich countries.”

Chastanet also said during the interview that; “In essence…we’re being put on a blacklist yet no proof is being given that we’ve done anything wrong.”

Questioning the legality of the EU’s controversial move, Chastanet called the blacklisting “backwards” and said that “it doesn’t really necessarily follow the rule of law that we all espouse.”

The criticism of the EU does not stop there. Speaking on the pending announcement of St. Lucia’s removal from the blacklist onto the gray list according to reports, Elena Gaita, of Transparency International EU, stated that “This ever-decreasing list of tax havens will soon be so short it will be able to fit on a post-it. It’s time for the EU to publish how it chooses which countries go on the list and why,”

That aspect of the blacklist is still shrouded in mystery, as critics continue to highlight that the EU has not been transparent in its rationale for placing certain countries on the blacklist and then ultimately removing them after getting certain “assurances.”

These assurances were highlighted to a certain degree by the Prime Minister, earlier this year. In an article entitled: I’m Very Confident-Chastanet says about St. Lucia Getting off EU Blacklist” (VOICE Newspaper), Chastanet said that the EU wanted St. Lucia to “sign a stronger letter that we intend to either abolish or amend the legislation.”

The letter in question was expounded upon by the Prime Minister, when he said that “the European Union (at the End of October last year), said they wanted to receive a letter of commitment that we would abolish or amend certain legislation that we have…” (From the above-referenced VOICE Newspaper article)

It’s clear that the blacklist does not only have to do with tax haven laws; because as poignantly pointed out by Oxfam’s Aurore Chardonnet as quoted in the Voice Newspaper article: Why The EU Should Stay Out of Our Affairs; “four European countries (are) actually failing the EU’s own blacklisting criteria.”

Those four EU countries, according to Oxfam are: Ireland, Malta, the Netherlands and Luxembourg. Combined with the inclusion of nations like South Korea and Tunisia that are “not commonly known for being tax havens” on the blacklist; the lack of consistency of the EU’s blacklist application, has been scrutinized. (According to an icij.org article entitled: But Where Is Bermuda, Luxembourg? New EU ‘Blacklist’ Omits Major Tax Havens)

When asked if there could be any impact on investments in the island, the Prime Minister said that “the outcome of those negotiations…will determine our way forward and whether in fact it could potentially harm any investment in St. Lucia.”