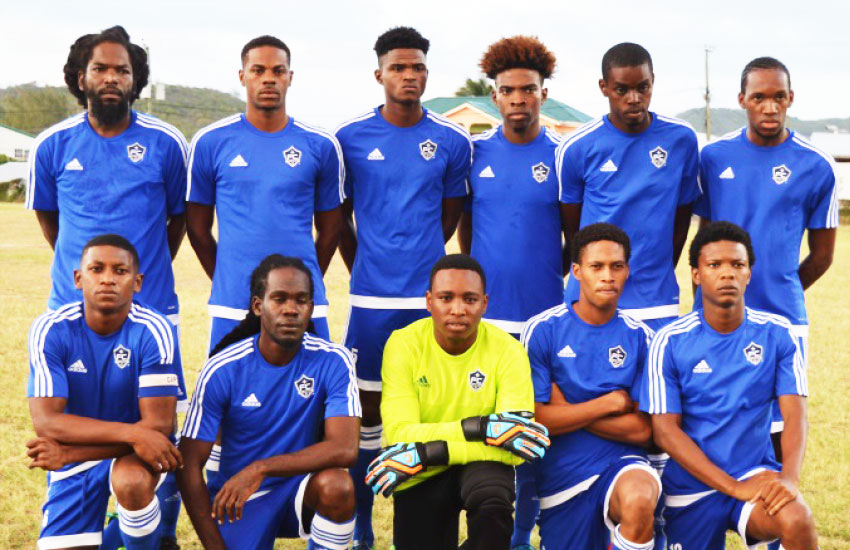 THE battle line will be drawn tomorrow evening as the final round of matches in the Saint Lucia Football Association Division 1 Cup kicks off simultaneously at the Phillip Marcellin Ground and the Anse la Raye playing field in what has been dubbed ‘Crucial ’ for Platinum FC of Vieux Fort and VSADC out of Castries.

VSADC will come up against Northern United at the Anse La Raye Playing field and Platinum FC will face RV Juniors at the Phillip Marcellin Grounds. Both matches will kick off at 8:00 p.m. Before the showdown, Uptown plays Big Players FC at the PMG, while Alleze FC takes on TiRocher at Anse la Raye playing field. Both matches kick off at 6:00 p.m.

Head coach for VSADC Sean Kirton and Head coach for Platinum FC Emmanuel Belasse are confident that their players can get the job done on the night, to earn the bragging rights to represent Saint Lucia at the CONCACAF Club Championship in February 2019.

The two teams are both locked on 12 points, but Platinum FC is ahead by virtue of a +7 goal difference.

On Saturday evening a rescheduled match played at the Phillip Marcellin Grounds between TiRocher FC and Uptown Rebels ended in 0 – 0. For the draw, both teams collected one point — that means Uptown Rebels has no chance of catching the two top teams.

TiRocher FC would have themselves to blame for not taking maximum points in this encounter after squandering several scoring opportunities at either end of the pitch in a fast-paced game in front of an appreciative crowd.

Meanwhile, in Platinum FC’s last outing last week Wednesday, they defeated Big Players out of Marchand two goals to nil in an encounter dubbed ‘Top of the table clash’.

Gregson President put Platinum FC ahead via the penalty spot early into the second half, while Delorn Neptune made it 2 – 0 to seal the victory before the final whistle.

In VSADC’s last encounter played at the Anse la Raye playing field, they defeated RV Juniors 1 – 0, with the goal scored by mid-field player Jonathan Symphorien in the second half.