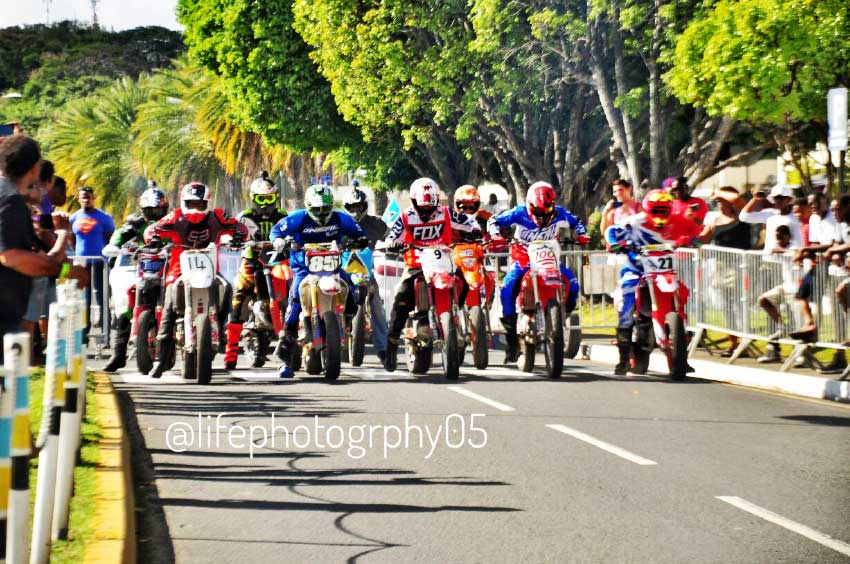 DESPITE the hectic schedule of planning for the 39th Independence activities for our foreign bike guests and locals alike, the community service arm of The St Lucia Moto X Club was active in the community of Laborie distributing much needed meals.

Part of the mission statement of the St Lucia Moto X Club reads, quote, “as a club we are not only committed to the development of the sport of motorcycling but equally so, charity, social, educational and community projects” unquote. It is partly due to this reason that a member of the community service team of the Club approached the St Lucia Electricity Services Ltd in its early stages of planning for St Lucia 39th Independence.

It must be said that the response time was quick and favourable. The Club was able to organize and feed 74 persons from the community of Laborie, the first charitable activity of the club’s new executive.

The Executive, and by extension, club members, hope to build on LUCELEC’s theme, ‘the power of caring’ which is in fact the mirror image of the St Lucia Moto X Club when it comes to ‘feed the needy program’ which takes place every last Saturday of the month on Broglie Street near the Ave Maria Primary School.

The Club is hoping to enhance the ‘feed the needy program’ to include ‘clothe the needy’, but a large part will depend on cooperate St Lucia and private donations.

Part of the mandate of this new executive headed by Terroll Compton, its new President, is to adopt a home for the elderly every quarter; the intent is to supply the different homes with their much needed necessities. The Club is also hoping to network and partner with business places and NGO’s in developing a youth program, special emphasis being youth with disabilities.

Judging from the positive response from LUCELEC, the community service team is optimistic that their goals and vision will be met with the help of cooperate St Lucia and the general public. Plans are already in motion for the Club’s second charity drive, Comfort Bay being their next stop.

The St Lucia Moto X Club and especially the community service members, will once again like to thank LUCELEC for its sponsorship, making its first charity event the massive success that it was.