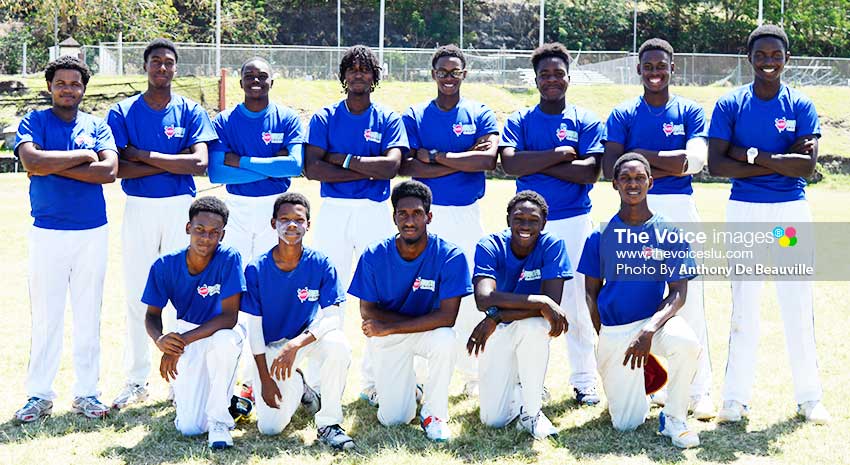 A number of youth cricketers who have represented Saint Lucia, the Windward Islands and the West Indies in Under-15 and Under-19 levels will be in action this weekend as the excitement resumes in the Sandals Cup at four venues around the island.

Central Castries, captained by Johnnel Eugene, will start their campaign as they travel to Gros Islet for their match against the home team led by West Indies Under-19 captain Kimani Melius.

This encounter is expected to be a keenly contested one, as Central Castries will be looking to take revenge for their 24 runs defeat at the hands of Gros Islet in the Cricket Rama finals played at the Daren Sammy Cricket Ground.

Gros Islet, on the other hand, will want to leave no stone unturned as they will be going all out to continue their winning ways following last weekend’s 196 runs win over Babonneau.

Central Castries will want to depend heavily on their captain Eugune, the in-form Keygan Arnold, along with Raheem, Mateo Boulogne and Jayden Elibox.

The Mindoo Phillip Park will come alive as South Castries with the likes of Leary Auguste, Emmerson Charles, Jelani Cupid and Marlon Paul on its roster will take on Anse la Raye.

At the Phillip Marcellin Ground, home team Vieux Fort will start their campaign against Choiseul in what is expected to be another breathtaking encounter.

Hard-hitting opening batsman Jermaine Harding will lead the charge for VF and will have alongside him D. Francois, R. Joseph and J. Dugaillard, while Choiseul — from their 8-wicket victory over Mabouya Valley — will want to continue their winning ways with national youth player Hanif Antoine leading from the front and K. Edward, who picked up a career best 6 for 19 in that match.

One match is carded for Sunday: Mon Repos takes on Mabouya Valley either at Dennery/ La Ressource playing field. These two teams will be looking to make amends following defeats at the hands of Soufriere and Choiseul respectively.