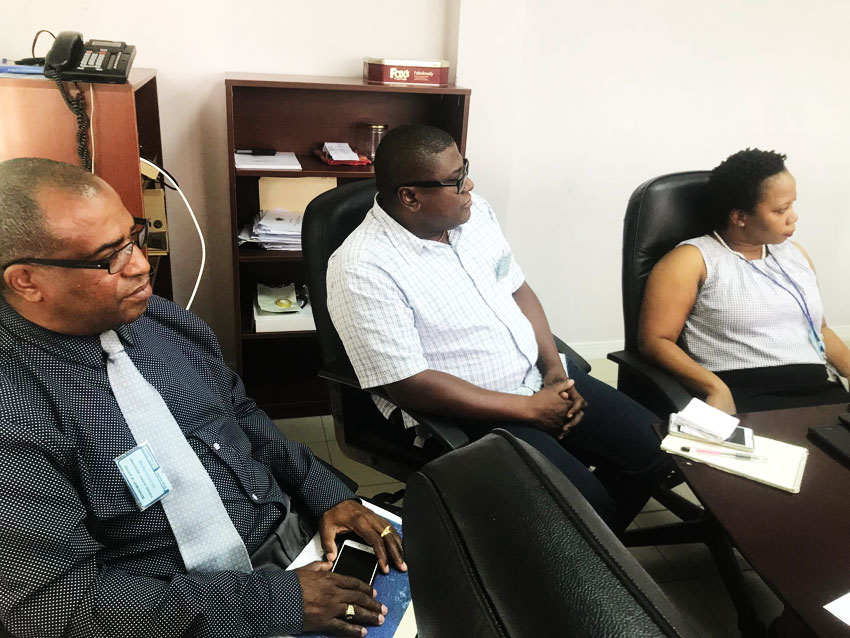 PRESS RELEASE – Representatives of the Forensic Lab, the Office of the Pathologist, the Police and Ministry of Health on Monday, March 19, met with the family members of four deceased individuals who are suspected of consuming a substance which may have contributed to their deaths.

The briefing held at the Saint Lucia Forensic Science Laboratory provided relatives with an upfront opportunity to be updated on the case and to pose questions of their own. The officials were pleased with the turnout and with the tone of discussions.

The relatives were informed that the bodies of their loved ones would not be immediately released for burial proceedings. Pathologist Dr. Heather Emmanuel of the Victoria Hospital addressed this aspect of the discussions, assuring that further testing is a necessary component of the investigation.

“All postmortems have been done. However, even though the autopsies have taken place, the bodies cannot be release for burial until there is a good grasp of what happened”.

Director of Forensic Science Services in Saint Lucia Ms. Fernanda Henry explained that officials are looking at a reasonable time – frame for the testing of samples.

“Firstly this briefing is an expression of care for the grieving families. We have collectively expressed our condolences to them and have brought them up to speed on the steps involved in this investigation because we recognized that they have questions to be answered.”

Chief Medical Officer within the Ministry of Health Dr. Merlin Fredericks noted that as the community attempts to understand the incident they must be careful not to assume that all affected persons will present the same symptoms.

Meantime, the Police who also attended the briefing with relatives is appealing to the Coolie Town community to continue to assist with information on the chain events which may be linked to the sudden deaths of four persons.