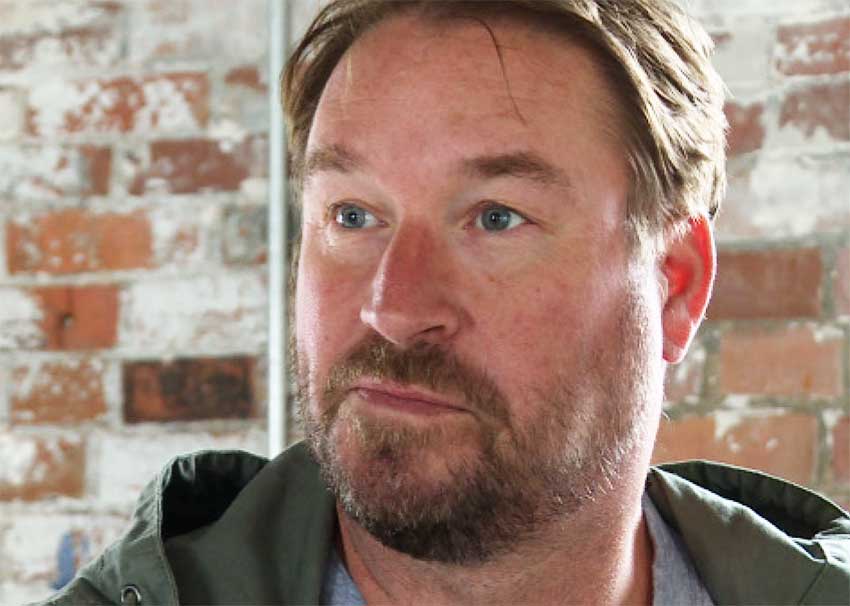 Describing how this collaboration came about and how it led to a beer brewed using cocoa beans grown right here in St. Lucia,Troubetzkoy stated that he and Antillia’s co-founder “have been discussing for almost two years now, how we would combine our own unique chocolate into a beer that really celebrates the island.”

After pointing that “We have a forty-two acre organic farm and we’ve been growing and making our own chocolate for the past five years”, Troubetzkoy provided some background into the name ‘Imperial Chocolate Stout’ and referenced the Russian heritage of the designer of AnseChastanet stating: “It’s an Imperial Chocolate Stout because it also pays (homage) to Nick Troubetzkoy’s Russian background.

“Troubetzkoy is, of course, a famous Russian name. So it turns out together into this beer that celebrates the chocolate of the island, the natural bounty of the land, as well as the history of the architect who built and designed Jade Mountain.”

Andrew Hashey, the brewer of Antillia’s Chocolate Stout, has been “brewing for 25 years in North America.”

In the same article, he credited his working experience with Canadian beer crafting company Picaroons, with the brewing success he and his partner have enjoyed so far in St. Lucia.

“Brewing with Picaroons gave us legitimacy. We weren’t just some guys coming down to try brewing beer, we had experience and had learned a lot of lessons.”

The New Brunswick native then noted the unprecedented nature of his company’s collaboration with AnseChastanet Resort, saying that “It’s the first time we’ve ever seen anything done like this — collaboration with a resort, as far as a product that we can put in.”

After describing the stout as being smoother than many others because of its lower carbonation level, Hashey went on to say that “This is a beer that, if you live in the North (where I lived most of the time), you can sit around the fire. But here it’s so combined with what you do and what you are…”

Asked about the inspiration behind the name of his company Antillia, Hashey joked: “I just needed a name.” He went on to give a little background into the origin of the name, saying “Antillia…the mystical island that the Spanish were always looking for in this area…an island called Antillia that was never found, it never existed.”

He went on to say that Antillia’s close affinity to the word “Antilles” also had something to do with the name selection, before stressing that he wanted the name to be unique. “It goes with Antilles. It sort of joins to the location, but it wasn’t specific. We didn’t wanna be St. Lucia Brewing Company. We wanted something a little different; so that you would ask.”

Antillia has also been the recipient of many awards so far. Antillia’s co-founder stated that “When we started brewing down here we put our beers in competition at the Caribbean Rum and Beer Festival and won four medals for our four beers. Competition was stiff…Olympic quality stuff.”

The Local Market
Hashey also expressed hope that the Chocolate Stout will catch on with the local population stating, “We’re hoping that the local folk catch onto this local bounty and start to enjoy what we make on the island. And some day when I go to a bar and ask for your local beer it won’t just be Piton, it’ll also be Antillia.”

In the afore-referenced CBC article, Hashey also stated that despite the fact that the beer is currently drunk mostly by foreign clientele, the local market is also catching on. “People coming from Europe, Canada, or the United States often want a different beer,” “And they’re the ones who are drinking our beer the most. But locals…are now starting to get on board as well.”

He also made it clear that his company hires locals as well. In the same CBC article, he said that “All our employees are Lucian. We don’t bring anyone down there to do this. It’s a very, very local operation.”