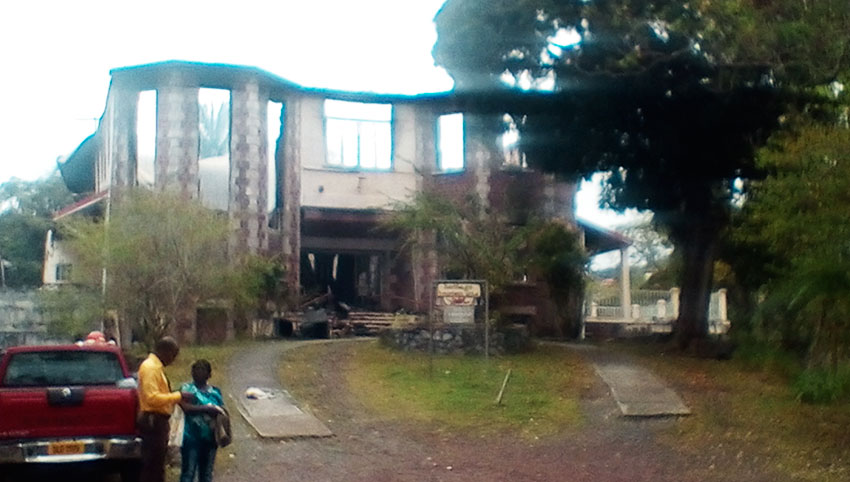 THE early morning fire that destroyed the Monsignor Patrick Anthony Folk Research Centre yesterday is one of the worst pieces of bad news to hit the local cultural community of late.

The community has been losing artists and activists, musicians and performers, young and old, at a rate too close and quick to bear.

Every soul lost is a reason to mourn, the deceased never to return.

But how does one quantify or qualify a loss like the Folk Research Centre where so many aspects of the island’s cultural history were stored?

Its home at Mount Plaisance was the citadel for folk research, the place where everyone and anyone interested in anything and everything about Saint Lucian culture first went.

The investigations are continuing into the origin of the fire and it will naturally take some time for the investigators to reach a conclusion.

Monsignor Anthony and those associated with the island’s premiere museum of indigenous craft, language and knowledge have let it be known that while all was lost, everything is not lost as they intend to rebuild.

Similarly, while the documents may have been lost, much of our history is still stored in our memory.

There will be copies or some documents, and some artefacts may be replaced by others, but apart from old materials to be made new, it will also be important to trace, find and also keep new elements.

The emergency personnel and insurance adjusters will advise on the fire safety aspects better suited for institutions and entities like this that are located like the FRC was.

But even as we wait for the final reports and mourn the loss of all that was lost, it is important that the battle to rebuild starts now, earlier than later, as cultural research and document is an ongoing phenomenon that does not take a break just because of a fire.

Cry we will, but let’s also let our tears water the burning timbers and cool the ground for the cultural phoenix that’s being promised to rise from the FRC’s ashes.