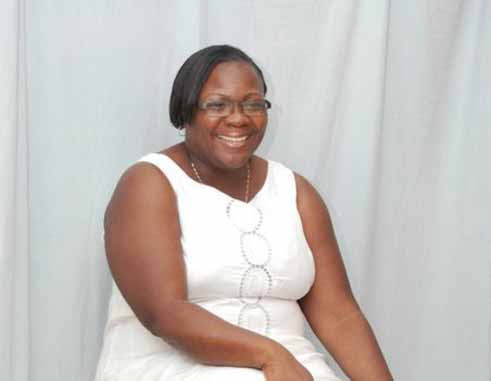 IT is very easy for supporters of an administration to denigrate those who are able to make a critical analysis of the manner in which a country is being governed.

Thursday 8th March, marked the observance of International Women’s Day. That day is observed in democratic countries all over the globe, by marches and demonstrations organized by leading women, which also features liberal men who support the cause for women’s equality internationally.

Something insidious and dangerous is taking place in St.Lucia today, when a women’s march is denied the display of placards during their march. The March was organized by the dynamic speaker and commentator on women’s issues in St.Lucia, Catherine Sealy.

The carrying of placards on political and social issues is an integral part of any demonstration or protest movement, which does not cross the line of profanity or libel.

Citizens must recall very vividly those marches organized by Allen Chastanet, in which placards bearing slogans were prominently displayed. These demonstrations were mounted over the issue of gas prices, in which the government was accused of manipulating the system to calculate gas prices at the pump. This culminated with a public meeting on the William Peter Boulevard, with no interference from the Labour government.

The banning of the carrying of placards with slogans in a march, is a reflection of a dictatorial attitude of Allen Chastanet. It demonstrates the creeping fear of the effect of mounting opposition towards a government in which much hope was expected from Allen Chastanet, but have been gravely disappointed.

The curtailment of the legitimate expressions of the concerns of women, and the citizens of the country in general, will earn the leader of the country the ire of a powerful and influential group and the citizens of St.Lucia in general. Observers of the current situation in St.Lucia, must recognize that we are surely descending into a creeping authoritarianism in which the freedom to express legitimate criticism of the government, is now being threatened and curtailed.

This action by Allen Chastanet is sufficiently serious to arouse the anger of well-meaning St. Lucians who are denied their rights, and will not be easily forgotten. The eyes and ears of the international community, on which St.Lucia depends so much on aid and technical assistance, will look with disdain as they observe the authoritarian tendencies of St. Lucia’s new Prime Minister. This does not bode well for the future of our country.

The pre-requisite of a successful government is to provide its citizens with the requirements of the needs of the society, to satisfy their material needs. What we are witnessing is the deterioration of our society from a moral and spiritual country into a debased society in which the leadership will ultimately be destroyed. That is why we are observing the horrendous record number of murders and crime in general; the carnage on our roads; the wanton prurience of our young at secondary schools, which is reflective of a nation that has lost the protection of God’s grace.

There is a saying that a power that is arrogant always becomes over-confident and destroys itself, as we have witnessed in St. Lucia’s political history.

Objective observers of the current political situation in St.Lucia, must recognize that we are slowly and surely descending into a creeping authoritarianism and dictatorship in which those who express their legitimate concerns and criticisms are under threat.

We have observed the emphasis and the deterioration of our country into a “prurient society” which is infecting our young kids who display their vulgar dexterity, which they emulate from adults instead of expressing the more positive features of their reading or spelling abilities, and their knowledge of Maths at an early stage. Has our Prime Minister paid attention to the deteriorating physical structure of the St. Mary’s College, which has given our country a rarefied place in the world of academia, having nurtured and produced two Nobel Laureates, the epitome of academia in the world, as well as world class intellectuals and professionals, working in prestigious institutions across the globe? However our Prime Minister would like to keep our people in a state of alcoholic stupor and mental torpor.

It is evident that our country is on a downward spiral, and is on a path of social decay and ultimately economic failure.

The Prime Minister is far removed from the people I meet on a daily basis, who complain that they are struggling to pay their bills, and make ends meet. This in the midst of the boast of increased economic growth and employment.

Economic growth is purported to provide more and better jobs, health care, better education, and the elimination of the poverty stricken areas that breed crime. Are these issues on the governments agenda or are they simply rattling those questionable statistics to impress people?

No nation can achieve lasting prosperity and peace except by living under the precepts of almighty God. Allen Chastanet puts his faith in his own limited abilities. This is a recipe for the corruption of a society in which the ills of society with the upsurge of murders, suicides and crime will not cease.