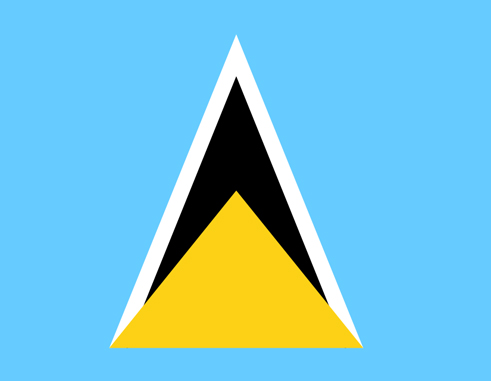 I started writing these thoughts with a cynical view of National Day. Why should Saint Lucians celebrate anything related to Christopher Columbus? When he stumbled upon a hemisphere populated with ancient civilizations, he deemed it “new” – so that his first act, enslaving a group of Arawaks, was proactively denied. How could one enslave people who did not exist? Was it even worth knowing if Christopher Columbus did indeed “discover” Saint Lucia on December 13, 1502, or whether it was Juan de la Cosa?

And what about St. Lucy, that dear, sweet, martyr, patron saint of the blind, who gave her eyes and her life to save her virginity for Christ? Does it mean anything to us that the Pitons were supposedly spotted for the first time by Caucasian eyes on her feast day? A whimsical twist of history that our island became the only country named after a woman. On the issue of whether Saint Lucians are indeed saintly, and our track record on women’s rights, I will let the reader decide for herself.

But let me not be too hard on December 13, for it is in fact a special day. It was on this day in 2003 that Saddam Hussain was found in a hole in the ground. It was on this day that the diameter of a star was first measured using an interferometer (okay, Google). And let’s not forget the birthdays of Taylor Swift, Jamie Foxx and former first lady Mary Lincoln. So, you see, December 13 has many claims to fame, but alas, none of these has anything to do with Saint Lucia.

So as I said, I began processing these thoughts in a very cynical mood and was on the verge of suggesting we take December 13 off our calendar and replace it with something more original, less sheepish. Why not find something/someone more meaningful in our history to celebrate? What about FloreDugaillard, the female freedom fighter who led regiments of runaway slaves into battle against the British army in the 18th century? Why does Christopher Columbus still have a day, National Day, no less, while she remains unknown?

But then I realized that National Day celebrations stirred up a sense of community. I am referring to the crowds who showed up for the festivals; the craftsmen who worked hard on their lanterns; the earnest attempt by the Mayor and City Council of Castries to enliven the city. Even the social media discussions on the pertinence of National Day have at least sparked discourse about who we are. So what we need is not to condemn National Day, but to come together even more. To love our country even more, regardless of the day, regardless of which excuse we choose for a vacation.