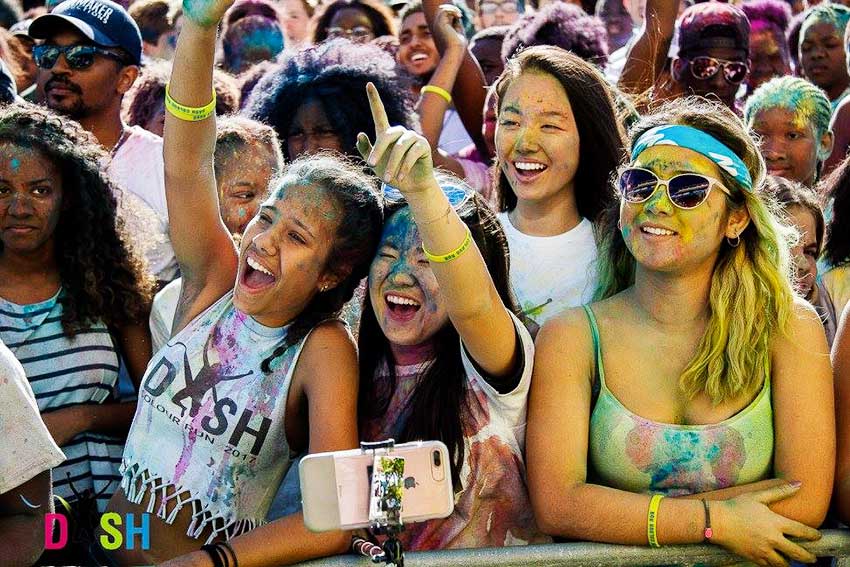 PRESS RELEASE – YOUTH development, entertainment and charity are uncommon combinations in average conversations, but when they do come together they represent some of the most colourful experiences that literally transcend boundaries and unite in ways unimaginable.

This has been the foundation of the DASH Independence Colour Run, now entering its fourth year and brightly positioned to be the biggest yet.

Produced by LiiVE Productions Inc. and piloted by mothers and partners, Dione Benn and Robberta Rose, the initiative which began with a small number of DASHers in 2015 as a means to build awareness of charitable community needs through an engaging and Independence platform, has blossomed into an anticipated gathering of over 2,000 people.

Of those to benefit from the event’s proceeds since 2015 are the Child Development and Guidance Centre (CDGC), which provides Comprehensive Developmental Assessments, Early Intervention and Therapeutic Services to children from birth to the age of sixteen with varying disabilities. The contributions have reached hundreds of children over the years and have extended to include scholarships for many.

“DASH’s focus on youth development is underlined by our strong belief that they are the future of any nation,” said Benn, who emphasised that the future of DASH was to expand dramatically on its community outreach through its soon-to-be-launched “Journey to 2020” campaign.

This campaign will kick off simultaneously with the launch of DASH 2018 on January 20, 2018.

Details of the 2020 drive will be discussed subsequent to the launch but both Benn and Rose have assured that the initiative will mean well for the recognition and growth of many youth-driven sectors in the island with the backing of key corporate partners.

“We will be undertaking to provide financial aid in the areas of training and development and possibly other areas for youth, allowing them the opportunity to really invest in themselves in a manner that will propel them and by extension Saint Lucia to the next level,” said Rose.

DASH customarily kicks off at 5:30 a.m. and runs until 10:00 a.m., starting at Choc Estate and culminating in Rodney Bay where DASHers converge for a huge celebration in what is dubbed the “Independence Village”. The 2018 edition anticipates the participation of some 2,500 DASHers.

In 2017, where it was almost 2,000 strong, the event saw the support of young professionals, parents and the older generation. However, the majority of DASHers captured were in the 7 to 19 years age group.