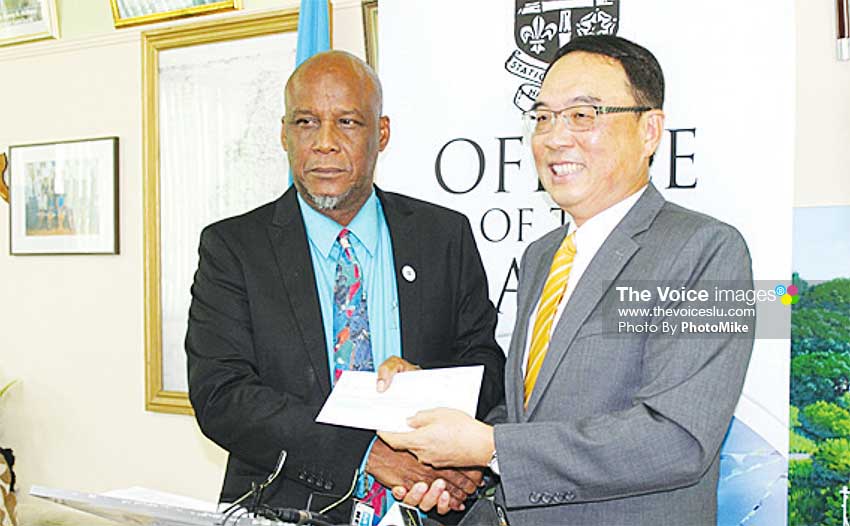 TAIWAN has again come through for the Castries Constituency Council (CCC) in making the Festival of Lights, scheduled for December 12, a possibility.

Last year, Taiwan contributed lanterns and other paraphernalia to the CCC to help host the event. This year, however, the Taiwanese Embassy handed Mayor Peterson Francis an EC$310,000 cheque to go towards making the festival the attraction it has been over the years.

The cheque was handed to Francis by Ambassador Douglas Shen on Thursday, and will go towards the procurement of lights to beautify the city during the Christmas season, and décor for the festival.

Ambassador Shen said his country was pleased with being part of the festival, which marks the official start of the Christmas season in St. Lucia.

“In Taiwanese culture, light is the symbol of warmth and hope and just like St. Lucia, we also have the lantern festival over the Lunar New Year. This year, I hope our donation goes a long way in making the Castries festival a memorable and fulfilling experience,” Ambassador Shen said.

Francis thanked the Ambassador for the donation, promising to put to good use, adding that he sees the donation as another sign of the deep friendship the two countries share.