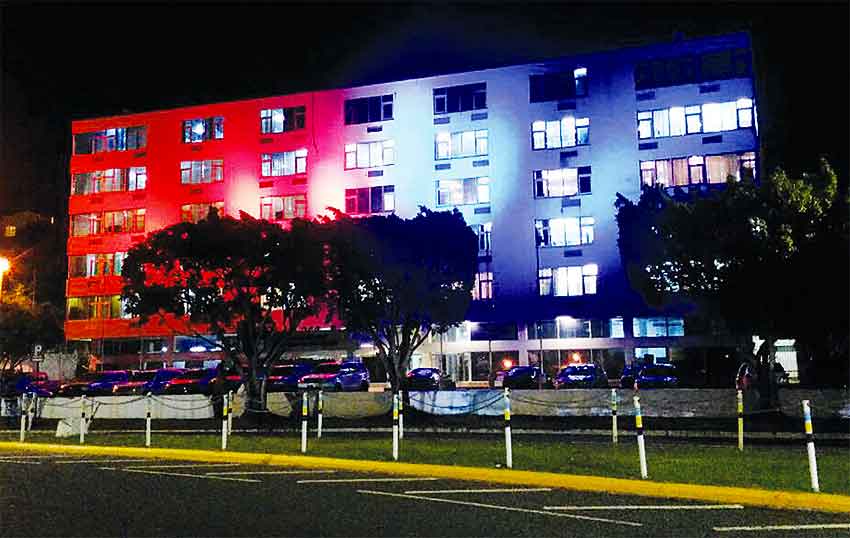 THE Greaham Louisy building on the Castries Waterfront has become the main attraction for people who happen to be in the vicinity this week after darkness falls. The front façade of the building is all aglow in a red and blue radiance, a striking feature on the waterfront.

It is so, thanks to the group “Raise Your Voice”, which advocates for and on the behalf of women and children who are victims of domestic violence, rape, physical and sexual abuse. The group also advocates for swift justice in the country.

Last Saturday, the group, in conjunction with the Canada Fund for Local Initiatives, launched its 16 days of activism against gender-based violence. Day one was the lighting up of the government building. It was called the Lights Ceremony and its purpose was to bring remembrance to the victims and survivors of domestic violence.