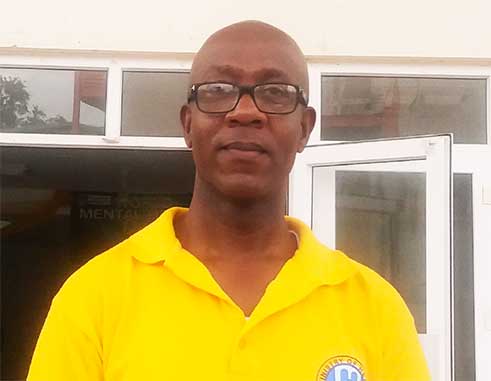 FOLLOWING the eighth suspected suicide on island for the year so far, one member of staff at the St. Lucia Wellness Centre is calling for more visibility of the national suicide helpline, a service which, he says, has already proven successful.

On Wednesday last week, police recorded the suspected suicide of 54-year-old Herbert Weekes of Marc, Bexon, who is believed to have ingested a noxious substance.

Dr. Julius Gilliard, who is a Consultant Psychiatrist at the Wellness Centre, said he believes that many suicides in St. Lucia could be prevented through more exposure to the phone service. Currently, there is a 24-hour toll free hotline that people can reach out to by simply dialling 203 on their phones.

He said the message needs to be sent to the depressed and mentally-ill that they are not alone, and with a spotlight on the helpline, he believes that they can get that message and know that they have some place to turn to when they are at their lowest.

Dr. Gilliard said: “In addition, I know a lot of persons think that the helpline is ineffective. So even those persons who have that feeling, can do their part in trying to make persons aware of the options available to them. For example, the headlines or the agencies that might be available for somebody who’s feeling hopeless.

“We need to be more involved in making persons aware that even though they feel hopeless, that somebody is there wanting to help them to get out of that rut that they may feel that they are in at that point.”

Last month, media personality, Cherry Ann Gaillard-Williams, announced the introduction of a new support group that operates as a safe space for depressed persons to have an outlet to voice their pain and source of their depression. Dr. Gilliard said support groups of this nature stand to definitely reduce on the cases of suicide in St. Lucia.

He said: “I think support groups are very important because most of the persons who have committed suicide felt that they had no support. So it’s persons who feel that they have struggled with something for a long period of time, and so they feel basically that nobody cares about them, so their best option is to rid themselves of this world.”

While he agreed that there is a worldwide misunderstanding of depression and mental illness, Dr. Gilliard said this is not a phenomenon that can be easily remedied.

People who battle depression and mental illness are in need of professional help, he said, in order for them to cope with life’s stresses, whereas the rest of society might not care to observe the intricacy of this situation. He said in a bid to sensitise the public of the facts of the condition, they are doing a good job with the little they have.

Dr. Gilliard said: “I think it’s something that will take a little time because, for one, the mental health faculty is not well-funded. So we’re doing a lot with a little bit of money, basically. I think the mental health workers are doing a tremendous job; not just the psychiatrists, but you have a lot of psychologists and counsellors who are doing a tremendous job with the resources they have available in St. Lucia.”

For the general public, he said, education drives should be done; however, it takes a while to get rid of the stigmas that people have about mental illnesses.