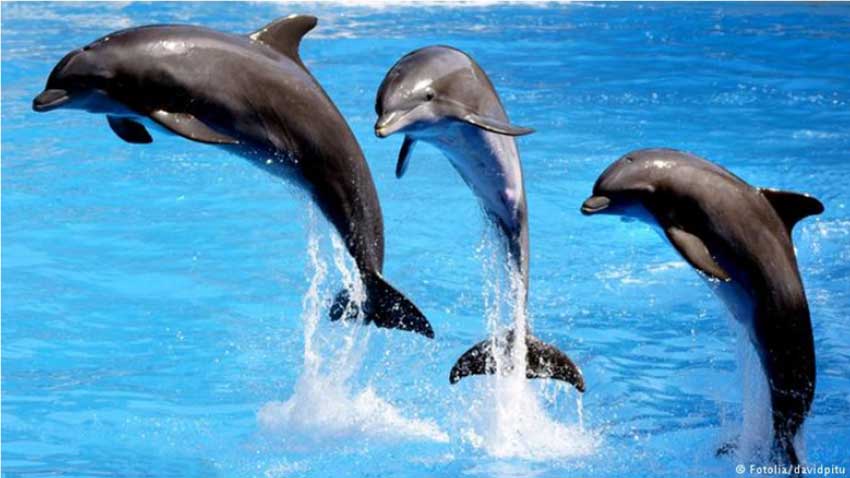 HAS the Development Control Authority (DCA) granted “approval in principle” to change the status of the Pigeon Island National Landmark (PINL)?

The VOICE understands that an application for such a change by the company which had proposed to government the construction of a dolphinarium at the Landmark was “approved in principle”.

Further, that there was no consultation with the St. Lucia National Trust (SLNT), which is the legal body charged, inter alia, with the protection, conservation and sustainable use of Pigeon Island, and which was granted a ninety-nine years lease to enable it to carry out this mandate.

The Trust is now looking at every option available to prevent this latest move from going through. Members are adamant in preventing any change to the Landmark they say will interfere with its historical value and are looking forward to the Trust’s Annual General Meeting next week to deal with this new development in a more cohesive manner.

In fact, the firestorm of protest action that unleased earlier this year when the proposal to build the dolphinarium became public seems to be kindling with an expectation that it will explode again.

But Prime Minister Allen Chastanet seems not perturbed at all with all the tittle-tattle, facts, allegations and whatever else is being thrown around in the ongoing dolphin park construction/St. Lucia National Trust/government saga.

He told reporters he hopes to bring the matter to Cabinet very shortly and that he had the opportunity of recently meeting with the dolphin park people while he was in Mexico on an official visit.

“I’ve received the report back from the National Trust. I must say I am a little bit disappointed because they are still including non-factual information in the report,” Chastanet said.

According to the Prime Minister, no excavation works have been planned for Pigeon Island, neither has there been planned any “dynamiting of any reefs”.

The dolphins, he said, will be in the ocean, which the State is in charge of, and that the only building supposedly to be built on Pigeon Island would be the sales office for the dolphin park.

“If you don’t want the sales office to be on Pigeon Island, then we will put it on the Causeway, but the proposal has not come to Cabinet yet (and) Cabinet has not made a decision. I’m hoping they could bring that to Cabinet very soon,” Chastanet said.

Meanwhile, information known to Trust members that was taken from a presentation by the project proponents shows that the proposed facilities for the dolphinarium from a land-based perspective will occupy an estimated 53,000 square feet. However, the footprint of the land-based facility is on a steep hillside with a historic cemetery between it and the coastline, and extends about 230 feet inland, past the access road to Fort Rodney and Signal Peak.

The presentation also showed that converting the hillside into a flat project site will require excavation of approximately two million cubic feet of soil and rocks, leaving a “hole” about 80 feet deep at the back end and that site preparation will be catastrophic for the Landmark.

It was also revealed that the removal of two million cubic feet of excavated material will require about 6,000–10,000 tonnes (truckloads) of material to be hauled away, which will cause untold damage to the Pigeon Island National Landmark infrastructure, and is likely to compromise the back wall of the Jambe de Bois Restaurant, which is a retaining wall against which the restaurant is constructed, and with the exit road abutting it. The traffic will be a major interruption to the Landmark’s operations and related noise and interruption will be a major nuisance.

In addition, removal of material from the Landmark will be a contravention of Section 10 of the Pigeon Island Park Byelaws which states: “A person shall not dig, cut, collect, or remove any soil, rock, coral, sand, boulder or any substance whether above or below ground, from any part of the Park”.

The Trust, over the past months, has expressed environmental concerns that will impact on the Landmark if the dolphinarium proposal is given the nod by the relevant authorities.

According to the Trust, the coral reef of the Landmark is one of the few remaining and most diverse in the north of the island. It attracts between 30 and 150 divers on a daily basis from the snuba operations at the Landmark, the Sandals properties and from other dive operators. The proposed dolphin pens will be over part of the reef, thereby making it inaccessible to divers and destroying the reef through pollution in the process.

The Trust’s objection to a dolphin park at the Pigeon Island National Landmark is based on a number of factors, one of which is that dolphins generate high volumes of waste which will flow directly onto the beaches along the Causeway, making it unfit for bathing. The beaches at the Landmark, which are close to the proposed facility, will be most affected. Taken together, this will pollute the waters within Rodney Bay, thereby affecting the 100,000 annual visitors to the Landmark, the hundreds of locals and visitors who frequent the beaches along the Causeway up to Gros Islet and the visitors who use the Sandals Grande and the Landings beaches.

Other considerations are that the Pigeon Island National Landmark is one of the few remaining open spaces in the north of St. Lucia where visitors can enjoy a diverse mix of open spaces, hiking trails, panoramic views and historic structures, all within a 44-acre space maintained as a natural site. A dolphin facility is inconsistent with the philosophy for the site’s management principles, the expectation of visitors and the ambiance many come to enjoy.

Further, countries worldwide are either banning or phasing out captive dolphin operations within their jurisdictions. Major tour operators, including Virgin Holidays, Trip Advisor and even cruise lines, are terminating their relationships with these facilities in countries introducing them as part of the visitor attraction. Entering this dying industry at this time will have considerable negative impacts on tourist arrivals, and erode the green image Saint Lucia has developed.