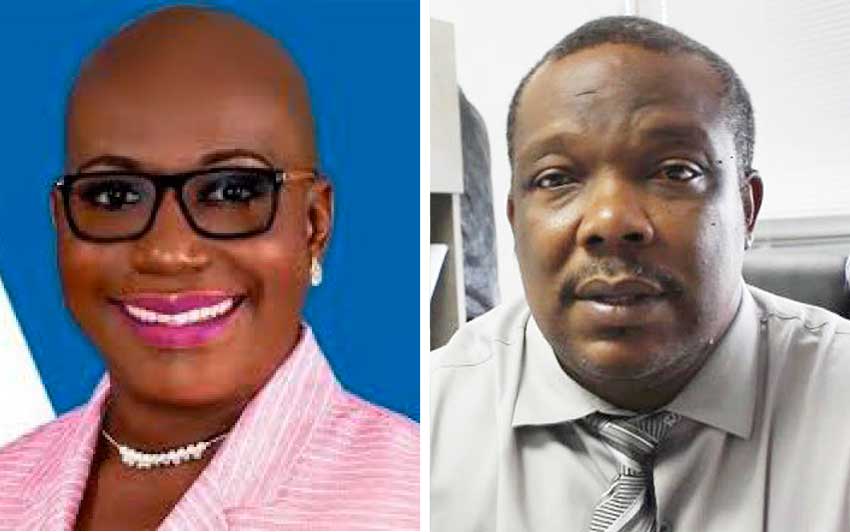 The Minister of Education, Dr. Gale Rigobert, during a press conference last week, addressed the sudden removal of the now former Chief Education Officer, Marcus Edward, saying it was a matter of finding the right person for the job.

Recently, an official Ministry of Education press release revealed that Edward was sensationally sent on leave, and it was later revealed that he will no longer hold the post of CEO, but will instead be transferred to a different ministry.

In direct relation to this revelation, Dr.Rigobert said: “As with any new administration, there are personnel who are being moved around for one reason or another. As far as my ministry is concerned, the intention is always to ensure that we have the best persons for the job.”

She continued: “In that regard, therefore, anybody who’s been invited in to the Ministry, or who’s been deployed elsewhere, is seen as being better suited to make a greater contribution within the wider ecosystem of governance.”

Dr.Rigobert explained the importance of curriculum review and teacher training, calling it critical. The minister said in this day and age, all students should receive the best level of education to prepare them for the work market.

She said: “In that regard, whether it be at the teacher level, at the principal level, at the District Education level, at the Chief of Education level, our intention is to ensure that these persons manifest a set of skill sets that are well suited to produce a citizen well-equipped to function within a 21st century, within the context of the education sector, of course.”