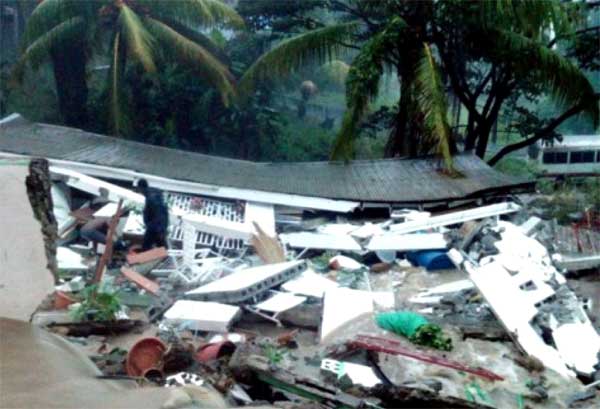 The catastrophic damage caused to the Dominican landscape last month will undoubtedly take years to repair a country that was on track to repeating favourable economic growth this year. However, the rebuilding process in the Nature Isle is the perfect opportunity for OECS citizens to play their part by becoming employed there.

Earlier this week, Dominica’s Prime Minister, Roosevelt Skerrit, announced a three-part recovery and rebuilding plan for his country, which received the brunt of Category 5 Hurricane Maria’s wrath. That plan includes providing small financial grants to farmers and small businesses to get back on their feet; rebuilding bridges, water systems, roads and ports; and rebuilding edifices and communities that would be resilient to the effects of climate change.

So serious is Skerrit that he has actually appointed a highly-qualified economist as Special Economic Advisor as part of the recovery plan and has also met with and received solid commitments from the World Bank that negotiations are at an advanced stage for Dominica to secure at least US$350 million in funding to help rebuild.

With unemployment being a perennial problem in the sub-region, Dominica will definitely need enough hands on deck as it races towards restoring normalcy in the quickest time, albeit adhering to the strictest and most prudent protocols. There is much to be done and a great deal of investment is expected to be made and Dominicans might not be able to do it themselves.

In the spirit of sub-regional unity, and freedom of movement between the territories, the opportunity is ripe for qualified and skilled tradesmen to fill that gap by gaining employment in the Nature Isle. Surely, much of the work that needs to be done there can use a great deal of hands from the OECS and, to a larger extent, CARICOM.

However, there is an inherent danger in that undertaking. Anyone thinking of taking up employment in Dominica must understand that while the opportunities are there, abusing the system should not be part of the recovery plan. Quite often, even the best efforts become targets for people who see these efforts as cash cows rather than a platform to make things better. After all, the Dominican government will be borrowing huge sums of money to get its economy going again.

Eight years ago, when tragedy beset a long-established hospital in Saint Lucia, efforts at resurrecting that hospital resulted in years of excuses, millions of dollars wasted and political bickering ad nauseum. To this day, the project remains incomplete. While Dominica needs to reach out to source the required labour it needs to rebuild, it needs to be wary of those trying to worsen an already terrible situation.