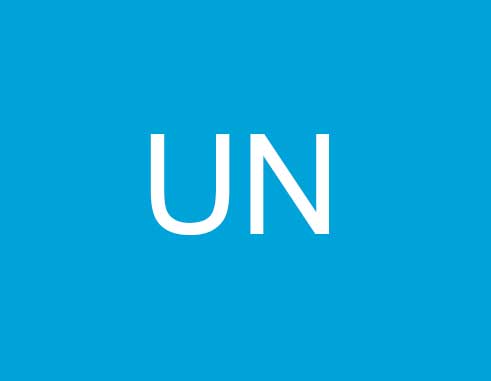 PRESS RELEASE – THE International Union for the Conservation of Nature (IUCN) and the United Nations Environment Programme (UN Environment) are increasing efforts to help Caribbean countries boost fair access to their genetic resources and equitable sharing of benefits derived.

The IUCN is the world’s largest and most diverse environmental union composed of both government and civil society organisations working for a just world that values and conserves nature.

Working through the Department of Sustainable Development in Saint Lucia, the agencies have developed and released two short videos on the Nagoya Protocol.

“We made the videos because we wanted people to easily understand what the Nagoya Protocol is and what it means for the Caribbean region,” said MaríaPía Hernández, Coordinator of the IUCN’s Biodiversity and Rights Unit, as she explained that prior to the Nagoya Protocol there were no guidelines in place to ensure that countries and people were properly compensated for the use of their traditional knowledge and genetic resources.

The Department of Sustainable Development in Saint Lucia is the government agency responsible for overseeing implementation of the Convention on Biological Diversity and its related protocols. It is vital that if our treasured local genetic resources are used for research or commercialization, the people of Saint Lucia must benefit.

Regulating access to our genetic resources helps promote their conservation, while benefit-sharing mechanisms help build national capacity by addressing limiting skill gaps for national growth and development. Promoting a culture of optimal knowledge sharing will help build awareness, strengthen our intellectual capital, international recognition and perpetual pride of Saint Lucia’s bountiful biodiversity. Additional benefits to the country would be:
1. To enable quick and effective business decision-making to help facilitate research and access to relevant information, expertise and practices which focus on capturing explicit, traditional and tacit knowledge;
2. To enhance quality and efficiency of collaboration by breaking silos and standardizing methods of operating, tools, techniques and encouraging effective communication with leading experts to help augment and improve repositories;
3. To increase operational efficiency through timely access to knowledge and enhancing productivity by reducing cases of “reinventing the wheel”; and
4. To stimulate innovation and development through wider and borderless collaboration.

The Protocol was adopted on October 29, 2010 in Nagoya, Japan, and entered into force on October 12, 2014. It has been ratified by 78 parties, including 77 United Nations (UN) member states and the European Union (EU). Although the protocol has not been ratified by Saint Lucia, it is the second Protocol to the Convention on Biological Diversity (CBD); the first is the 2000 Cartagena Protocol on Biosafety.

The project is funded by the Global Environment Facility (GEF) to work with regional governments, research institutions and other partners in the Caribbean to support countries to overcome barriers linked to poor understanding of Access Benefit Sharing (ABS), the Nagoya Protocol and the implications of protocol ratification and requirements for implementation.

The videos will be disseminated to regional media houses and other key national stakeholders over the next few months. They will also be available on the IUCN’s website and social media sites.