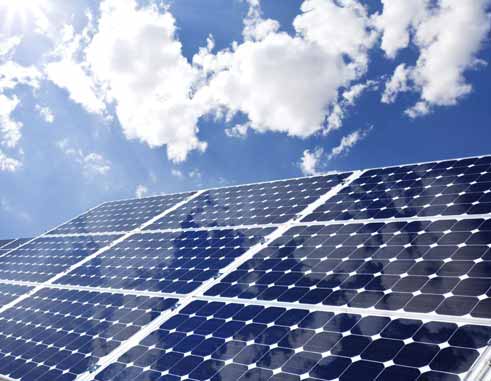 THE recent announcement by the St. Lucia Electricity Services Ltd. (LUCELEC) that it is moving full steam ahead with plans to commission a 3 MW solar farm in the south of the island is welcome news. After years of discussions on finding ways to depend less on fossil fuel, the island’s lone electricity utility company is finally matching its money and action with its words.

When completed by April next year, the $20 million solar farm earmarked for La Tourney, Vieux Fort will be the first utility-scale energy project in Saint Lucia and consist of nearly 15,000 panels that will generate 15 million kilowatt hours (kWh) of electricity annually. That’s enough electricity to supply nearly 3,500 homes.

According to LUCELEC, the company will reduce its fuel purchase by nearly 300,000 gallons annually. Compare those savings given the fact that LUCELEC currently purchase around 19 million gallons of fuel annually and it might at first seem to some that the solar farm is a futile attempt at saving costs. In the long run, however, LUCELEC would be making a bold move as the world continues to depend more on solar and wind energy as pollution and climate change dominate the socio-political agenda almost everywhere.

In April 2015, LUCELEC and Wind Tex Energy teamed up to launch a wind measurement tower in AnseCanot, Dennery, with the hope to generate as much as 12 MW from a proposed wind farm. After that deal fell through, it seemed that any hope of the island truly embracing renewable energy in a major way had been lost.

Last Friday’s groundbreaking ceremony in La Tourney is, well, groundbreaking on many levels. Firstly, it proves that as the leading user of fossil fuels on the island, LUCELEC is willing to diversify into other means of generating electricity that (should) redound to cheaper rates for consumers. Secondly, LUCELEC would be demonstrating that its business philosophy dovetails with joining efforts at reducing climate change, including less dependence on fossil fuels, the by-products of which are greenhouse gases that create the climate change mess.

As Saint Lucia prepares to attend the 23rd Conference of Parties to the United Nations Framework Convention on Climate Change (COP23) in Bonn, Germany this November, this latest initiative by LUCELEC is certainly a feather in the island’s cap. By making such a bold move to change the way it does business, LUCELEC – and by extension, the government and people of Saint Lucia – are demonstrating that the capacity exists within us to change with the times.