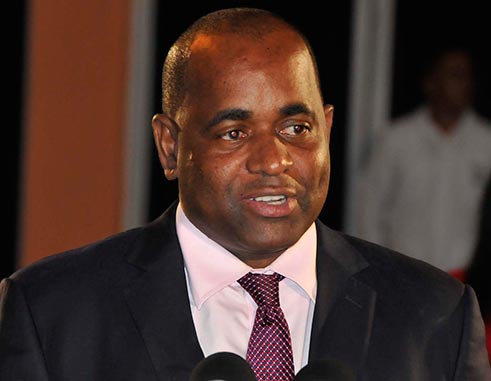 FOR Dominicans, starting from scratch is a gross understatement. After feeling the wrath of Category 5 Hurricane Maria last month, the seemingly insurmountable journey towards normal life might be slow in pace. However, the calm after the calamitous storm has opened the way for a new thinking: the power of resilience.

Before the storm, there was much anticipation for growth in Dominica, including financing a major sports stadium from proceeds of its Citizenship by Investment Programme (CIP). In July this year, Prime Minister Roosevelt Skerrit, while presenting his $918 million budget as the island was on its path to growth following the battering from Hurricane Erika in 2015, said the Dominican economy was projected to grow by 3.1 per cent in 2017 and 2018, better than many Caribbean territories.

However, just two months later, Skerrit found himself breaking down on camera during an interview, weeping for the devastating losses Hurricane Maria inflicted on his country, home to 70-plus thousand citizens (based on a 2011 census). Dominica now needs billions of dollars to recuperate from its latest tragedy.

Hardly anything burned when Dominica got hit last month. However, Dominica – like the phoenix – hopes to rise again from the flood waters. Moreover, with climate change quickly becoming a demonstrably real reality, Skerrit is already adamant about his country becoming the first climate-resistant country in the world. So serious is he that he has already put the United Nations on notice that their assistance will be needed in that regard.

Like other countries that have already suffered the fury of the deadly Atlantic Hurricane Season, Dominica will certainly be on the minds of those attending this year’s Conference of Parties (CoP23) in Bonn, Germany next month. If only as an experiment in how to better prepare nations against losing lives, progress and hope for a better future, Dominica’s crisis should fuel the commitment to move with rapid pace in ensuring that the region’s vulnerability is no longer underestimated.

By committing to becoming better resilient to hurricanes and other natural disasters in an effort to at best minimize damage, Dominica is proving that it is willing to build on a solid foundation as it hopes to see the silver lining to its current stormy situation. Saint Lucia should take note of both Dominica’s present unfortunate circumstance and will to plan, build and grow better.