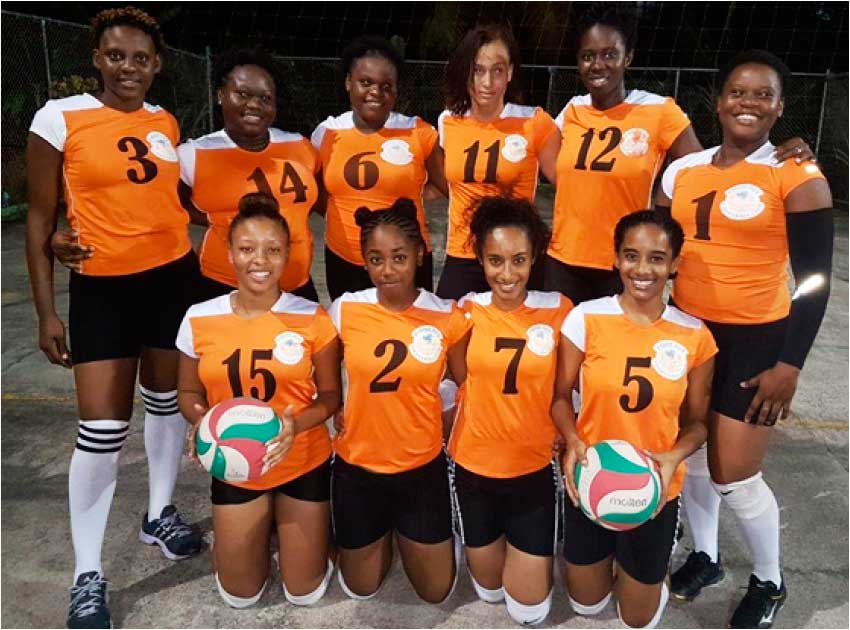 THREE matches are on the card this weekend as volleyball action resumes in the 2017 Bank of Saint Lucia-sponsored Guy Brown Memorial League now into its second week of competition.

On Saturday in the ladies division, from 4:00 p.m., Team 758 (Windward School Team) will play Le Club 2 at Vide Boutielle Secondary School while 758 Phoenix will look to continue their winning ways when they meet Le Club 1 at the Laborie Court at 4:00 p.m.

The tournament will take a break on Sunday for Jounen Kweyol activities.

Le Club 2 female had the better of South Stars Volleyball 3-0 while in the male division it was sweet revenge for South Stars as their male team defeated Le Club 3 by 3-1.

Jetsetters Volleyball defeated 758 Phoenix Volleyball 3-1, taking sets No. 1 and 2 by 25-20 and 25-23, but 758 Phoenix rallied their troops together as they powered their way to a 17-25 win in the third set. Jet Setters, the more experienced of the two teams, regrouped going into the fourth set to defeat 758 Phoenix 25-8 and win the match.

In the men’s showdown between Jet Setters and Dig Set Point, Jet Setters had the better of their rivals 3-1 despite DSP winning the first set 22-25. Going into the remaining sets, Jet Setters proved too strong as they went on to win the next three sets 25-22, 25-10 and 25-20.

In ladies action, 758 Phoenix Volleyball finally got their range right as they defeated South Stars Volleyball 3-2.