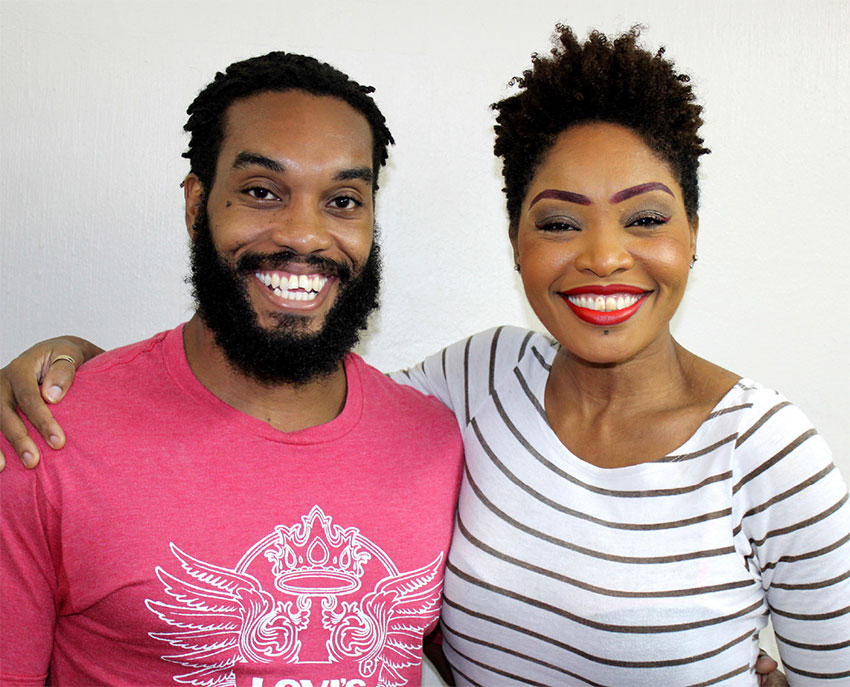 A SPECIAL tribute will be paid on Monday evening at the National Cultural Centre (NCC) to one of Saint Lucia’s foremost novelists when this year’s Cultural Icons Series will be based on a production entitled “Prisnms: The Garth Concert”.

Often quoted in literary circles here and afar, St. Omer, who was born in 1931, was among the young Saint Lucian artists who studied under the guidance of Father Charles Jesse, a prolific writer. He is often mentioned in the same breath as twin brothers Roderick and Sir Derek Walcott, the latter of whom went on to win the 1992 Nobel Prize for Literature.

The VOICE spoke with three cast members who consider it a privilege to be part of a tribute in honour of a literary genius with whom more Saint Lucians should become familiar.

Seventeen-year-old Jonathan Bruce, who was part of a small group that Sir Derek Walcott worked with before his death last March, said preparing for the production was the most challenging despite being part of previous casts.

“I think it’s my first real experience with his work, at least to this extent,” Bruce said of St. Omer. “We’re just looking at ‘Shades of Grey’ but just from this one book, the picture is painted of a Saint Lucian man and woman so applicable in present day. So it’s really interesting.”

“My character himself is so grounded and real that it’s more or less about portraying a character or idea. I’m a completely different person, which is not what I’ve usually done in my other theatrical pieces. It’s very heavy and a very interesting challenge,” he said.

Bruce plays 28-year-old Stephenson, a college student who represents the Saint Lucian male and who is afraid of emotional intimacy, insecure about his accomplishments, especially around his girlfriend, Thea, played by actress Natalie La Porte.

Natalie La Porte, who has also worked on productions spearheaded by Sir Derek, said Monday’s concert bears much significance as far as educating people on the outstanding achievements made by Saint Lucians.

“What we’re doing is presenting what Mr. St. Omer was showing at the time which, ironically, hasn’t changed,” she said.

Speaking about her character, Thea, she said: “Here is the woman who is searching for meaning for herself and in her relationship while trying to get an indirect sense of self through man, which women do so well…Maybe Mr. St. Omer’s question is ‘How do we as a people begin to define ourselves for ourselves without anybody else’s validation?’”

La Porte’s brother, Miquel, plays Eddie, who appears onstage in flashback scenes for the most part. He is Stephenson’s friend and Stephenson compares himself to the calm ease with which the younger Eddie goes through life.

Speaking about the relationships that exist between men and women, which is among the production’s main themes, Miquel said: “It all boils down to how the man sees the woman and how she sees him.”

“Prisnms: The Garth Concert” will begin at 7:30 p.m. and is being organized by the Cultural Development Foundation (CDF) in collaboration with the Folk Research Centre (FRC) and Events Company of Saint Lucia Inc. (ECSL) and forms part of Creole Heritage Month being observed in October.

Tickets cost $100 and are available at The Cell and CDF.