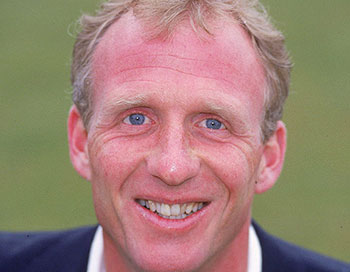 THE new changes to the Laws of Cricket, issued by Marylebone Cricket Club (MCC) will come into full effect around the world this Sunday with the changes covering all levels of the game.

There are also two Test matches taking place from Thursday this week in which the majority of the new Laws will be adhered to, with Pakistan taking on Sri Lanka in Abu Dhabi, and South Africa hosting Bangladesh in Potchefstroom.

The new Code of Laws follows a three-year project overseen by the Club’s Laws sub-committee, which involved numerous trials and widespread global consultation throughout the professional and amateur game.

The significant changes to the 42 Laws are as follows:
• Now written in language applying to all persons, regardless of gender.
• The Handled the Ball Law has been removed, with its contents merged into Obstructing the Field.
• The Lost Ball Law has been removed and is now covered under Dead Ball.
• Limits placed on the thickness of the edges and the overall depth of the bat.
• Injuries hoped to be prevented in a new Law which allows mechanisms tethering the bails to the stumps.
• Bowling of deliberate front foot No balls to be treated in same way as deliberate full-tosses.
• A new Law of the game, Players’ Conduct, is introduced, giving an in-match consequence for poor on-field behaviour, including temporary and permanent removal from the field.
• The Law regarding running out the non-striker has been altered.
• ‘Bouncing bat’ Law changed, substitutes now allowed to keep wicket and concept of penalty time amended.

The changes are being supported by a new state-of-the-art eLearning programme, which MCC has produced. The eLearning programme will guide everyone from the cricketing newcomer to the experienced umpire through all 42 Laws, with tips from the ICC’s Elite Umpires and footage from club, first-class and international cricket to illustrate the more complex points.

Users can test their knowledge with a Basic and Intermediate exam – the first step on the way to becoming an umpire. There are 68 game-footage clips included, with a number of updated animations narrated by actor, writer, and cricket lover Stephen Fry.

A smartphone app will also be updated from October 1, which includes an interactive quiz in which users can test their knowledge of the changes in the Laws.

A theme throughout the new Code of Laws is MCC’s long-running promotion of the Spirit of Cricket, setting out what is expected in terms of behaviour, such as congratulating and thanking opponents, thanking officials and respecting all those involved in the game.

President of MCC, Matthew Fleming, said, “Promoting the Spirit of Cricket and conveying the ‘Play Hard, Play Fair’ message at all levels of the game is a global focus for MCC and has been for many years.

“The new Code of Laws officially recognises what is expected from players, right through from the park to the Test Match arena. It is a big step in MCC’s quest and a landmark for the game.”

MCC Head of Cricket, John Stephenson, said, “This week marks the culmination of a global consultation with many different stakeholders throughout the whole spectrum of the amateur and professional game.

“MCC has left no stone unturned in researching and redrafting the Laws in order to not only make them applicable to players, umpires and spectators, but to also encourage interest in the game across the world.”