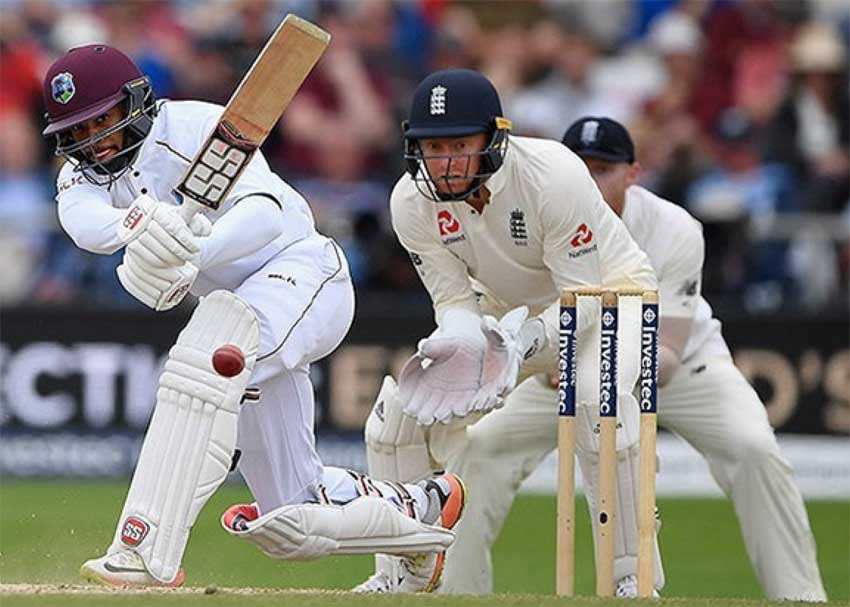 IF you didn’t actually watch the series between England and West Indies, if you just saw the scores and results, you may think it was a case of two thrashings by England bookending an aberration.

But while West Indies may have suffered a nine-wicket loss at Lord’s and ended their Test tour with a 2-1 series loss, the results tell just part of the story. For West Indies will rightly take encouragement from the improvement shown over the past three Tests. The cries of woe and doom that dominated discussion after the dramatic loss at Edgbaston are unlikely to ring as loudly post-Lord’s. Instead, there is room to examine the encouraging signs while recognizing there is still work to be done.

Batting: Rarely does a player come with such an appropriate moniker as Shai Hope. Virtually every play on his name has been coined during this series. At Edgbaston, the puns were somewhat derisory — the hopelessness, the loss of hope, the fading hope. But the younger Hope brother’s fortunes have since turned around.

Before the first Test, Hope averaged 19.57 and he had scored a total of 372 runs across his ten previous Tests. By the end of the series — in which he scored 375 runs — his average had soared to 31.12. Hope had scored just one half-century before his record-breaking twin centuries at Headingley. But as impressive as those performances were, they were hardly more worthy of praise than his gritty effort in the second innings at Lord’s, where batting was exceptionally difficult for both sides.

On the final morning of play, he grafted for more than 20 overs before playing a truly attacking shot, an elegant cover drive for four off Ben Stokes. He struck two more classy boundaries in the following over.

It wasn’t merely the runs Hope scored but the manner in which he scored them that is so encouraging. There is swagger and style tempered by patience and determination allied with a sound technique. He rarely lost his composure and resisted the temptation to chase the treacherously swinging ball.

It is, of course, just one good series, but Hope appears to be the real deal and if he continues to realize his obvious potential, West Indies may have found themselves a long-term No. 4 who will win them Tests in the future. If so, this series will be remembered as his watershed.

When Hope and Kraigg Brathwaite formed partnerships at Headingley, it was possibly to glimpse a brighter future for West Indies batting than has been seen for some years. Braithwaite has shown his mettle in the past and is generally at his best in a fight, when his side is backed against a wall.

While Kieron Powell saved his best for the second innings at Lord’s, in which he made a solid 45 and survived the twin onslaught of James Anderson and Stuart Broad armed with a venomous new ball, there was less resistance from others in the top six.

While Shai shone in England, the same cannot be said of his brother, Kyle, who appeared out of his depth at No. 3. The elder Hope averaged 6.83 in this series, the worst average in any Test series for a West Indies batsman to play six or more innings in the top six. After the final Test, Jason Holder insisted the current squad was the best West Indies XI available. But the return of Darren Bravo to the selection mix must make Kyle’s position tenuous, if not highly unlikely.

Shane Dowrich, too, must be feeling the pressure after a Test tour in which he failed to impress with either the bat or the gloves. His glaring drop of Toby Roland-Jones in the first innings at Lord’s only seemed to highlight his lack of runs throughout the series — his average dropped from 28.77 to 23.56 — and remind pundits that Shai Hope is also a keeper, Denesh Ramdin is still only 32 years old and other young prospects, such as Jahmar Hamilton, are waiting in the wings.

Bowling: Kemar Roach no longer has the searing pace that he commanded before a car accident that required a long period of rehabilitation and a rebuilt action. But he finished the series as the highest wicket-taker for West Indies — with 11 at 29.81, including a five-for at Lord’s. Roach is a skillful new-ball bowler who also provides aggression and an intimidating air.

While Roach was the only West Indies bowler in the series to average under 35, his new-ball partnership with Shannon Gabriel could form a nucleus of a bowling attack that offers similar promise to what the Hope-Brathwaite core gives to the Windies batting.

Gabriel bowled 24 no-balls in the warm-up match in Derby and was left out of the side for the first Test at Edgbaston. But the return of his genuine pace — grazing 90 miles per hour — gave the West Indies attack much-needed punch.

That he bowled Ben Stokes with a no-ball at Lord’s – one of six during England’s first innings, although he made amends two balls later by claiming Stokes’ wicket — suggests more discipline is required, but when paired with Roach, Gabriel completes an opening pair that will challenge world-class opening batsmen.

From there the West Indies bowling attack is less convincing. Holder had a mixed series as a third seamer and his side was arguably short of another fast bowler. There hardly seemed the need for both Roston Chase and Devendra Bishoo to play in the same side in conditions that clearly favoured swing and seam. Holder’s preference for using Chase begged the question of why Bishoo was selected in the first place and perhaps there are lessons to be learned here before West Indies head to New Zealand in a few months’ time.

Fielding: While much has been made of the chances put down by the West Indies fielders, it is worth noting that of the 26 dropped catches in this series — an unusually high number — just ten were in the visitors’ ledger.

Ten is still too many, though, particularly for a side with other flaws. Fielding errors didn’t cost them the first Test and they won the second despite them although, particularly considering they dropped Ben Stokes twice on his way to a century, it could be argued they would have won that match far more easily had they taken those chances.

In the final low-scoring Test, where small margins were crucial, the missed opportunities had far more significance and could, perhaps, have changed the result.

Captaincy: Holder is a young captain with one of the most difficult leadership tasks in Test cricket; treading through a political minefield, shrugging off the ghosts of past legends and constantly fielding questions about the absence of players plying their far more lucrative T20 trade. He has his share of critics who question his ability with both bat and ball. At times, his field placements have led to head-scratching. His decisions to delay taking the new ball or bowl one spinner over another have invited scrutiny.

And yet he has defied expectations and led his side — derided by some as the worst West Indies team to tour England — to their first Test victory in this country in 17 years. He has shown faith in his players through defeat and encouraged them to fight. The spirit shown at Headingley could still be seen at Lord’s and the confidence gained in England may serve his players well in their upcoming Test tours of Zimbabwe and New Zealand.

They may not be leaving with a trophy, and the gains may be modest, but West Indies won’t be departing England empty-handed.