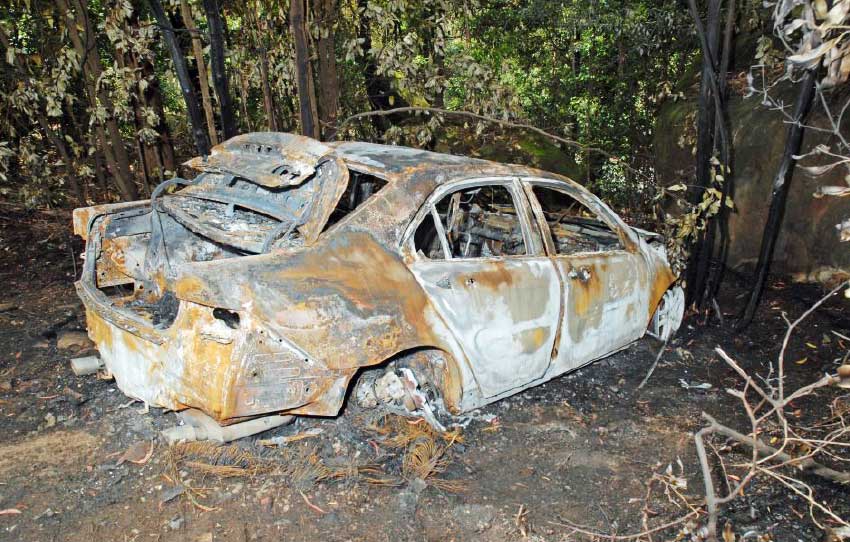 AS vehicle owners continue to be fearful of their vehicles being stolen by a seemingly thriving car theft ring on the island, the Royal St. Lucia Police Force (RSLPF) is urging motorists to be more cautious.

In the past few months, there has been a spike in the number of vehicles being reported stolen, with the vast majority being found stripped and their remains incinerated.

So big is the problem that Minister for Justice, Hermangild Francis, made a statement last week calling for the RSLPF step up and put an end to the situation.

At a press conference held at the conference room of the Criminal Investigations Department (CID) on Tuesday morning, members of the Police Welfare Association (PWA) addressed the matter.

Public Relations Officer of the PWA, Zachary Hippolyte, sent out a strong message to motorists, asking them to make their vehicles less susceptible to theft by using modern security tools.

Hippolyte said there is a need for education and sensitisation of the citizenry in terms of securing their vehicles better.

He said: “I mean we have the technology at our fingertips. You could go online and look at the latest anti-theft devices when it comes to vehicles.

“As an organisation, we could do a little more education on that but also, people, they are your vehicles, so it’s also on you to go online and try out the devices and make your vehicles more secure.”

The PWA’s President, Travis Chicot, admitted that a better strategy is needed to tackle the issue of vehicular theft.

“Some of our members have been affected through those crimes and we should develop some sort of strategy to deal with such increases in those new offenses,” he said.

As it pertains to investigations, Chicot revealed that some people are under investigation in which police are making headway. But he could not give details as to the progress of the cases.

Chicot said there is a need to increase patrols; however, the depletion of numbers in the Force’s human resource component could serve as the perfect opportunity for the employment of more officers in order to have regular patrols.

Chicot said: “We are very constricted in terms of our manpower. A number of members are on vacation, others are on retirement leave and other members have left to greener pastures. We’ve not been able to fill in these (gaps). I know it’s stretched and police officers are doing their best but I cannot assure you that in the areas highlighted as hotspots for vehicles being scrapped or whatever, that the police will be able to police there everyday.”

On the other hand, he said he knows that patrols are being conducted, although he cannot guarantee the intensity of the patrols.

Sergeant Nigel Jawarhir, Vice-President of the PWA, made an important point about the need for communities and police to work together: “We need to solve crime by working with the community. So those areas where vehicles are being scrapped, we work with them while on patrol and build a relationship with those communities so at least they can assist us in solving those crimes.

He added: “At the CID, what we do now is try to strengthen the relationship between the police and the community.”