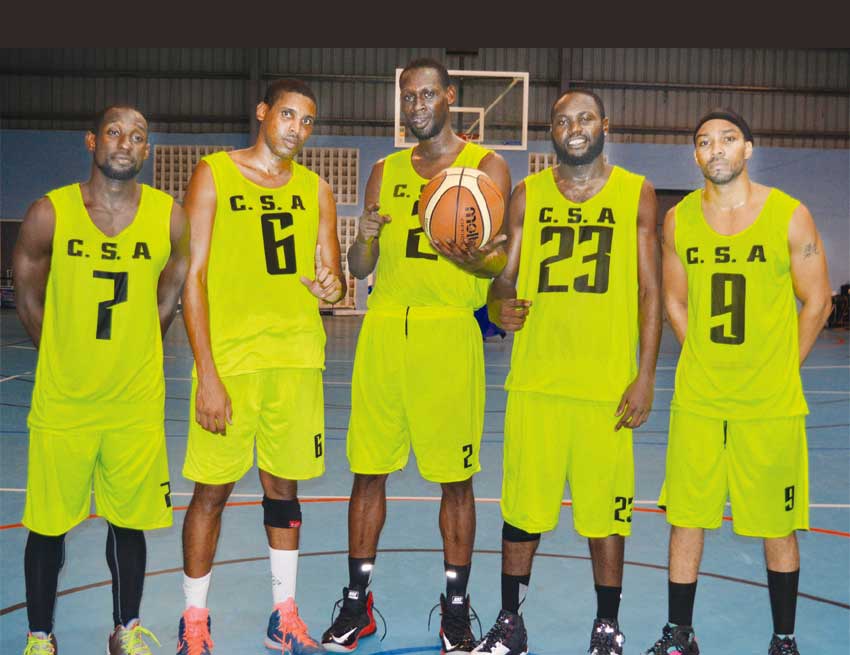 MATCHUPS in the 2017 KFC Commercial Basketball League continue tomorrow evening at the Beausejour Indoor Facility with the CSA taking on the Royal St. Lucia Police Force at 7:00 p.m.

The Civil Service Association (CSA) took on Saint Lucia Teachers Union (SLTU); the latter were gunning for their first win of the tournament after blowing a 15-point lead the previous weekend, resulting in a 1-point loss to the Media.

However, Simeon Hippolyte’s 22 points and Kevin Mathurin’s 27 points were not enough for the teachers to get pass a stacked CSA team which delivered an 83-69 beating to SLTU, led by KFC co-players of the Game Ron Du Murville and Keegan Preville.

In the second game, Financial Services registered a 68-58 victory over Sandals. Keiron Walcott and Simeon Medard were Sandals’ top scorers with 14 apiece. Walcott also put up an impressive performance with 16 rebounds.

On Saturday, defending Champions PCD/Goddard Group continued their undefeated streak from the 2016 tournament with a convincing 68-49 win over WASCO.

The weekend was capped off with a nail-biting encounter between the Media Ballers and 2016 runners-up, the Saint Lucia Fire Service.

The shorthanded Media team, fielding only 6 players, set the pace from the opening tip, resulting in a 38-26 lead at the half.

The Fire Service outscored a fatigued Media team 39-19 in the second half, taking their first lead of the game with less than three minutes left in regulation and never looked back.

Owen Cazaubon was the KFC Player of the Game with some key baskets and rebounds in the waning minutes to give the SLFS the edge. Cazaubon finished with 15 points, 6 rebounds and 4 steals; Marcian Calderon contributed 15 points and 12 rebounds; and Jean-Michel Eloise chipped in with 16 points.

Paul Hippolyte led the Media with 24 points and 10 rebounds.