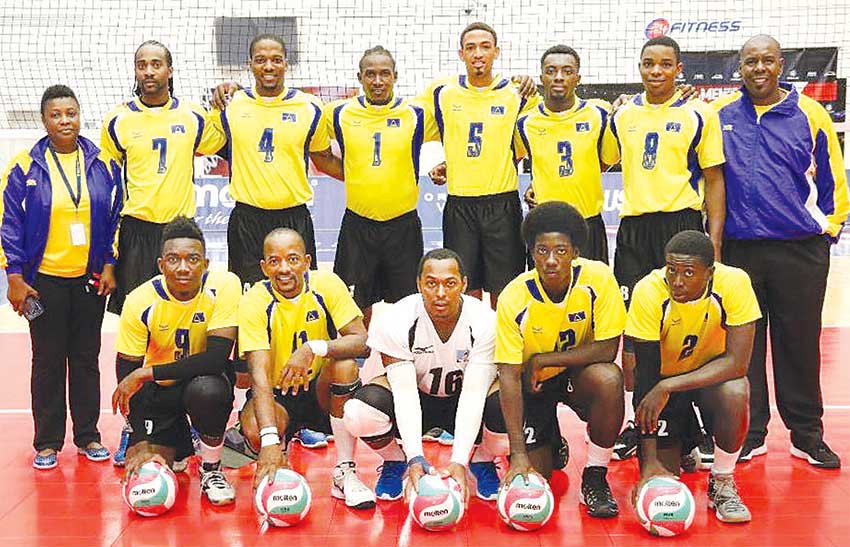 CANADA got off to a strong start at the NORCECA Men’s Continental Championship with a 25-9, 25-13, 25-8 win over Saint Lucia on Wednesday.

Saint Lucia completed pool play with a 0-2 record while Canada opened at 1-0.

Canada was strong from the service line and finished with 12 aces. The North Americans also led Saint Lucia in spikes (27-14) and blocks (8-2). Canada scored 28 points on errors committed by St. Lucia while committing 14 errors themselves.

Canada’s outside hitter Stephen Maar finished with seven spikes on seven attempts. He also had one block.

Canada’s Perrin said: “We didn’t know much about St. Lucia, but we knew it was more about us and getting our bearings to start the tournament. So later on when we’re tested, we can perform. We watched video on them a little bit. They run a tricky offense, if you will. No, it was just about us and playing well and that was all that we wanted to do.”

Canada’s Head Coach Stephane Antiga, said: “We wanted to make a nice and serious first game, which we did. I’m pretty happy. We expect more difficult games ahead but, most importantly, it was pretty, pretty positive, so I’m satisfied.”

Saint Lucia’s Head Coach Terry Verdant, said: “We were playing such a tough team and we played really well. I really enjoyed it. The guys were more like a team. They were together. I think we will continue to get better.”