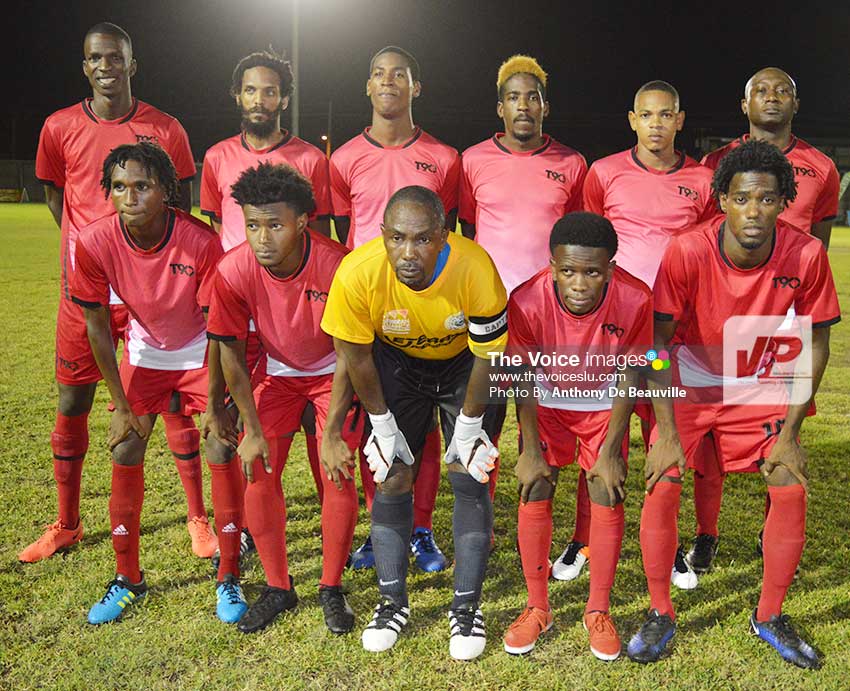 THE Daren Sammy Cricket Ground is football central this evening as Blackheart Production stages the semifinals of its Knockout Football Tournament.

The thrill on the pitch and excitement in the stands will kick off from 6:30 p.m. as Marchand play Canaries and Gros Islet come up against defending champions Vieux Fort South at 8:30 p.m.

How the four teams made it to the semifinal round: Marchand defeated Babonneau 3-2 and Micoud 2-1. Canaries had the better of Mon Repos 2-0 and Mabouya Valley 1-0. Gros Islet breezed past Soufriere 4-0 and Central Castries 1-0 while Vieux Fort South defeated Vieux Fort North 1-0 and Anse la Raye 1-0.

In the last set of matches in the quarterfinal stage played on Wednesday evening at the Phillip Marcellin Ground in Vieux Fort, football fans from Micoud and Anse la Raye were asking why their teams went down in the dying minutes of each encounter.

It all started with last year’s losing finalist Marchand defeating former champions Micoud 2-1. Marchand was in full control from the first whistle and in the process took the lead in the 22nd minute of play but the goal was disallowed by referee Xavier Louis.

Marchand continued to apply the pressure and certainly looked the better team at that point. Their hard work paid off when Andrus Joseph made a solo run in the Micoud defense after receiving a free ball to shoot home goal number one in the 27th minute to keep the halftime advantage.

In the second half, Micoud drew first blood when they were awarded a penalty by the referee which Kyran Marcellin neatly put away, in the 49th minute, to the right of goalkeeper Abraham Mentor to make it 1-1. The remainder of the second half was somewhat all even up until the 81st minute as Andrus Joseph scored Marchand’s second goal.

Despite not playing their best football on the evening, Micoud surged to life as they received three consecutive corner kicks which were well taken by Shane Paul. But the Marchand defense never let their guard down or did anything silly to give Micoud the advantage.

In the night’s second encounter, between defending champions Vieux Fort South and Anse la Raye, a lot was expected from both teams based on the hype that was created before the encounter. From the first whistle, the two teams went at each other despite VFS missing an early chance.

But the fiery Anse la Raye team with Eric Gabriel, Ijal Augustin and Erickson Reid in its lineup was never fazed and at halftime, the score-line remained nil-all.

It was a similar brand of football on the pitch in the second half as both teams came out showing some urgency and as the match progressed the pendulum shifted from one side to the other. Finally, the deadlock was broken as Anse la Raye were stunned by Gregson President’s 87th minute goal that started a semifinal berth celebration both on and off the field by the VFS players and supporters.