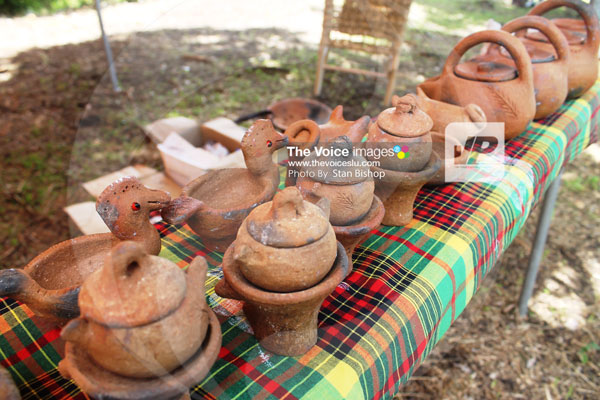 AS is the case during Independence celebrations every February, a more pronounced sense of national pride will present itself during October, which is observed annually as Creole Heritage Month.

During Creole Heritage Month, we are reminded to reflect on the endemic attributes that define us as Saint Lucians. From the foods we eat to the clothes we wear, the flag we cherish to the bilingual tradition we boast – Saint Lucians at home and abroad can identify with at least something that characterizes them as unique.

However, there still remain a few impediments to that process of maintaining – and even increasing – national pride. Today, many people are proud to say that there exist very few situations or positive examples that encourage a spirit of pride. Some point to the bad examples set by the leadership especially – in politics, business, church and homes – who often espouse everything good in words but do otherwise through their actions.

Others point to the almost stagnant socio-economic conditions that force citizens, especially women, to throw their pride to the wind in order to eke out a living. Increasingly, others feel they should have no sense of pride when it seems like their patrimony is being trampled at the expense of foreign direct investment (FDI).

Whatever the circumstance, though, the real-world problems faced by Saint Lucians are not unique to Saint Lucians. In other jurisdictions, conditions may vary slightly, but being rich or poor seems to have no bearing at times when it comes to feeling proud about one’s country despite not being proud about the prevailing conditions there. Case in point: while CARICOM neighbours Guyana, Jamaica and Trinidad and Tobago are often cited (infamously) for their high crime rates, it is not uncommon for citizens there to lament the crime situation but proud nonetheless to be citizens of those countries.

Despite the varying dispositions of Saint Lucians at any given moment, though, there are numerous examples of excellence and stories of the relentless pursuit of happiness often told by ordinary Saint Lucians who went on to do extraordinary things. That is why it is so important that national service becomes part of the school curriculum with haste. Through, say, a mandatory volunteer programme for secondary school children – as is the case in Israel – citizens might well learn to be proud of their country even as existential threats do their best to make them do otherwise.