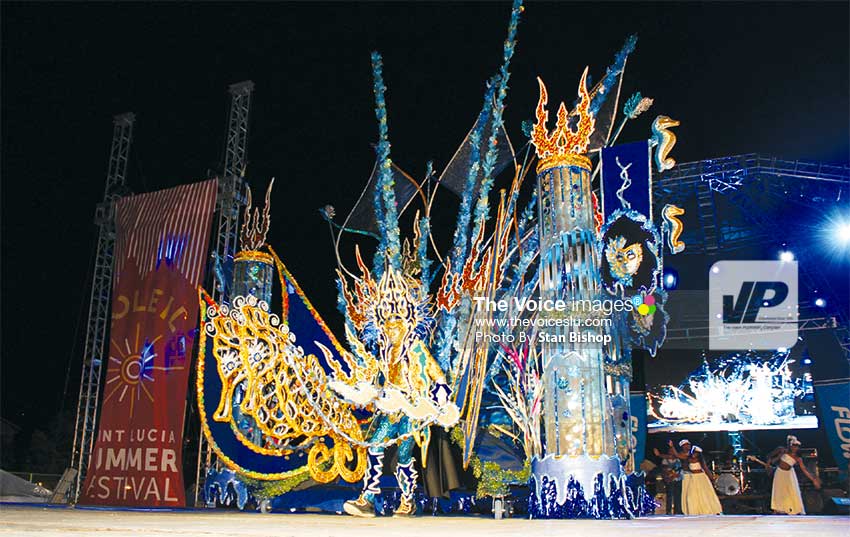 THE Tribe of Twel recorded back-to-back wins on Thursday night by capturing both titles in the King and Queen of the Bands competition.

This year, there were eight entries in the King of the Band category and ten in the Queen of the Bands.

Dynasty’s Cedrick Laurent placed second in the King of the Bands with “One Hell of a Mas” and RoyalitesXtreme’s Giovanni St. Omer third with “Baptism by Fire”.

Tribe of Twel’s Tanisha Nicky Williams placed second in the Queen of the Bands category with “Wee MamanMiMatlo” while Dynasty’s Nicole St. Helen placed third with “Angel of Death”.

Despite a rain delay, a moderate crowd showed up at the Sab Facility to witness the spectacle that is one of the best highlights on the Carnival calendar.

Win or lose, many bands get the satisfaction of finally seeing their finished product come before the judges and gain the admiration of the patrons. It is a major achievement on their part, considering that some crews often spend months working on their concepts and bringing them to fruition.

Augier and Tanner are no strangers to the competition as both have racked up similar titles over the years. With decades of experience in the business of mas, Augier said a great deal of effort goes into creating the costumes that often get the judges attention for ten minutes or less.

He expressed special thanks to sponsor, First Citizens, for supporting Tribe of Twel’s journey and winning ways.