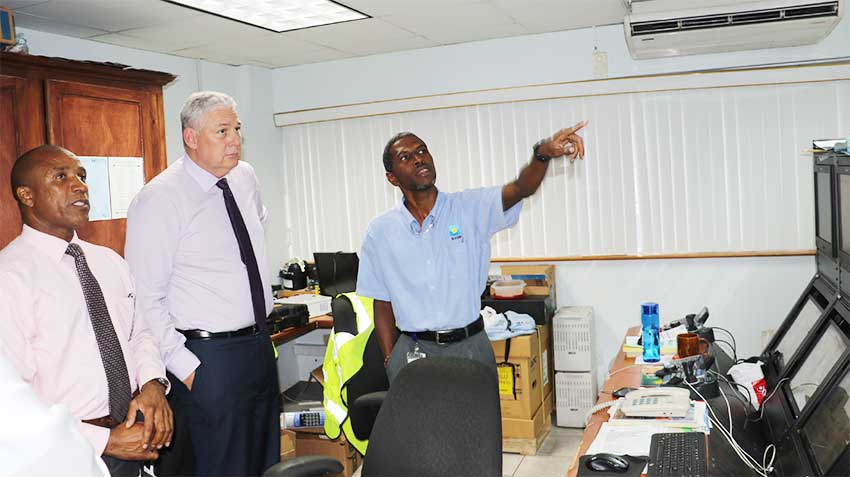 PRESS RELEASE – THE team at the head office of the Saint Lucia Air and Sea Ports Authority (SLASPA) got to share their thoughts and concerns directly with Prime Minister Allen Chastanet last Wednesday.

The Prime Minister’s visit there was part of the ongoing “Meet the Workers” Tour which has taken and will take him to various Government departments and statutory bodies in order to speak directly with employees.

During the visit, the Prime Minister got to interact with employees one-on-one about their daily duties and challenges. Accompanying the Prime Minister on the tour was Permanent Secretary in the Ministry of Finance and Chairperson of the SLASPA Board, Cointha Thomas, and recently-appointed Cabinet Secretary, Benjamin Emmanuel.

Following the tour of the facility, the Prime Minister spoke with senior management of SLASPA about a range of topics, including Government’s overall plans for improving the services provided by SLASPA and on significant developments regarding infrastructure as it relates to the Castries Port, Hewanorra International Airport and proposed port in Vieux Fort.