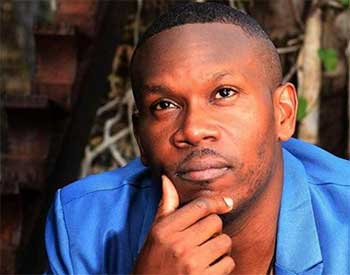 PRESS RELEASE – SHERWINN “Dupes” Brice, often compared to the likes of Bruno Mars and Wyclef Jean, is the featured artist for this month’s PonmDamou Poetry Slam.

Customarily, the featured artist is a poet but Kensley Charlemagne, Manager of PonmDamouKreations, the host company, has said that the PonmDamou Poetry Slam is more than just poetry.

“It is a showcase for the performing and visual arts. The poetry slam gives a stage to musicians, singers, dancers, actors, filmmakers, comedians, cartoonists, artists and the like. PonmDamou is full spectrum when it comes to the arts. We go the whole nine yards,” Charlemagne said.

“We are proud to have Brice as our featured artist this month. He is one of the people, along with his manager, who have encouraged us on the concrete road called arts, harder in Saint Lucia than almost anywhere in the world,” said Charlemagne. “Dupes is no stranger to the PonmDamou stage as he was one of the featured acts for our first hosting of the annual 100 Thousand Poets for Change event which happened last September. In fact, Dupes allowed us to use his song, “Imagine”, as the theme song for that event last year.”

Brice, a singer, songwriter and producer, hails from the south of the island. The son of Samuel and Esther Brice, he shows command over multiple genres of music with an aptitude for mixing and matching genres. He is best known for songs such as “Pressing On”, “Your Body” (featuring Hebrue), “Dip Pon De Floor”, “Guilty” and “Seasons”.

Brice recently released his album, “3D”, a mix of sultry love songs, reggae ballads and dance tracks packed with enough appeal to keep you locked in for a journey through not just the mind of this singer/songwriter, but also his heart.

PonmDamou invites all to Keebees Sports Bar and Grill in Rodney Bay from 7:00 p.m. today as poets take to the stage in three rounds of poetic competition and, of course, “Dupes”.