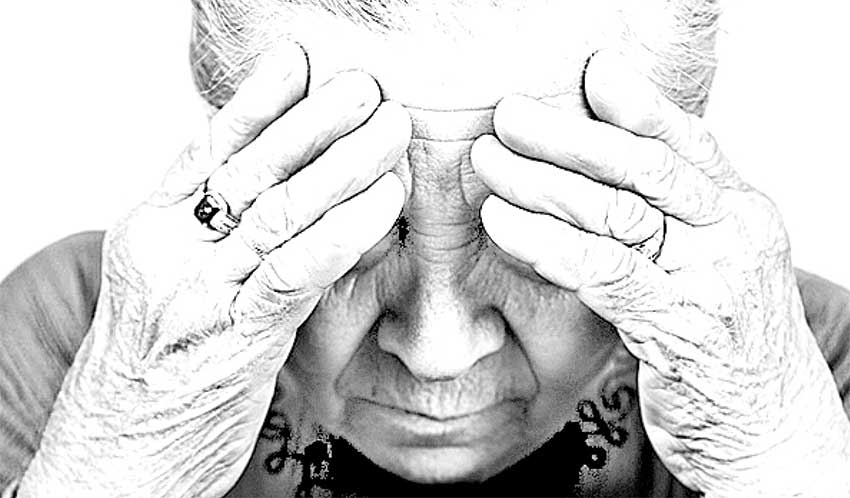 NOT too often do I hear about elder abuse but many people have asked me about it, so I found an article that talks about it and will share it with you as you are the advocate for your loved ones. I picked it up from an organization called Nursing Home Abuse Center.

The article stated that “Elderly people are at risk of being abused at home, in the homes of relatives, and at nursing care facilities. Many of these cases of neglect go unnoticed or under-reported. If you believe that your loved one is dealing with a harmful or neglectful situation, or is being financially exploited, there are a few things you need to do to ensure their safety and care going forward.”

Abuse might not be taken seriously by family members, supervisors or other loved ones. They may believe the person has developed dementia or are not making any sense. While signs of abuse can overlap with mental deterioration, each case should be investigated — even if the patient is experiencing neglect. People with dementia are at a higher risk of abuse.

General Evidence of Abuse
You can assume that something is wrong if there are changes in their behaviour and personality, or frequent tension between the elder and their caregiver. If you suspect the elder is being abused, look for additional signs of abuse.

The article continued with detailed information:
Signs and symptoms of physical abuse include the following:
• Having unexplained broken bones, dislocations or sprains
• Bruising, scars or welts seen on the body
• Failing to take medications properly
• Signs of restraint, such as rope marks on the elder’s wrist
• Broken eyeglasses
• The refusal of the caregiver to let you be alone with the elderly person

Caregiver neglect can manifest itself in the following ways:
• Leaving the elderly personal alone at a public location
• Unsafe living conditions, such as a lack of heat, faulty electrical wiring, fire hazards or lack of running water
• Being unsuitably dressed for the weather
• Not bathing the person or leaving them dirty
• Living with soiled bed clothing, dirty clothes, bugs or dirty conditions
• The presence of bed sores from not turning the patient regularly
• Having an unusual loss of weight or dehydration

Financial exploitation is usually perpetrated by healthcare personnel and include the following:
• Missing cash from the elder’s home or room
• Adding names to the signature card of the elder’s credit cards
• ATM withdrawals when the senior is bedridden and couldn’t have done it themselves
• Lack of medical care in spite of having money to afford it
• Unusual goods, services or subscriptions the elder couldn’t have signed on for
• Evidence of getting too little or too much medication
• Having duplicate bills for the same services or devices
• A lack of adequate training for the staff
• Insufficient amount of staff to care for the elder
• Evidence of poor care, even when the services are paid in full

Risk Factors for Abuse of the Elderly
Some seniors are difficult to manage because they have a lot of needs, especially when the person is dependent on others for care or have many medical conditions. The demands versus the ability to meet these demands can cause problems that put the elderly person at risk.

Risk Factors of Caregivers
While many spouses, friends, adult children and other relatives find that caring for their seniors can be enriching and satisfying, this isn’t the case for everyone.

Even if the caregiver is paid and works for a care home, there can be stress involved that can lead to abuse of the elderly. Staff of nursing facilities can be prone to abusing the elderly if they have too many jobs to do, lack appropriate training, work in poor environments or are unsuitable to care for the elderly.