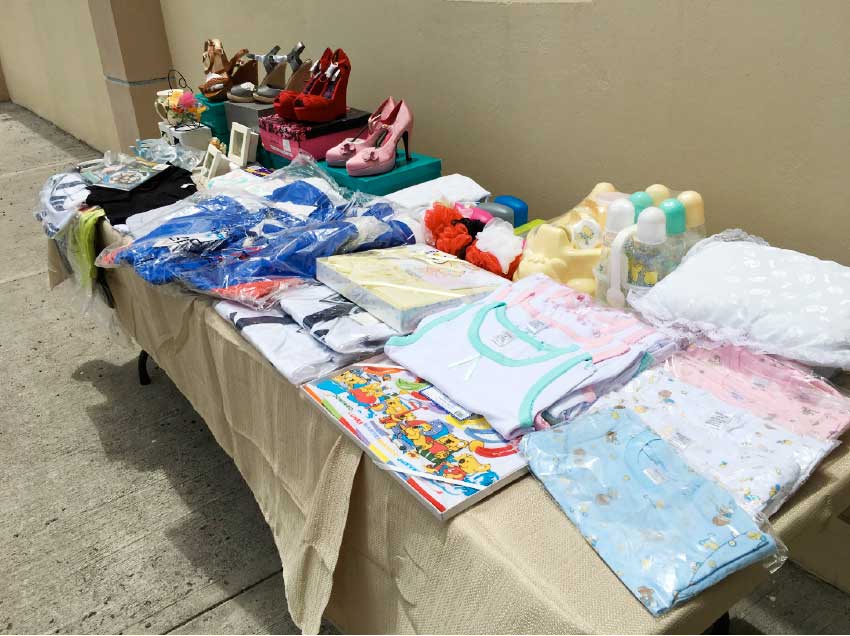 PRESS RELEASE – AMBASSADOR of the Republic of China (Taiwan) to Saint Lucia, Douglas Shen, handed over a full container of charity supplies to Lenard Montoute, Minister for Equity, Social Justice and Empowerment, at a ceremony held at National Emergency Management Organisation (NEMO) headquarters on May 24.

The charity supplies were donated by Simplyhelp Foundation, a Taiwanese-American non-governmental organization (NGO) based in Los Angeles. Representatives from 17 constituencies island-wide attended the ceremony and collected various supplies for distribution.

Speaking at the event, Ambassador Shen praised Simplyhelp Foundation for its generous donations and vowed to continue working with the Foundation to provide assistance to Saint Lucian communities in need.

Ambassador Shen pointed out that Simplyhelp had cooperated with the Taiwanese Government in contributing over US$200,000 in goods to the people of Saint Lucia since 2015.

Minister Montoute addressed the needs and the challenges of Saint Lucia’s vulnerable groups and expressed appreciation for the consistent contributions from Taiwan’s government and the Simplyhelp Foundation. He assured Ambassador Shen that the supplies will be provided to the most vulnerable groups on the island and looked forward to more fruitful collaborations between the two countries.

Simply help Foundation was founded by Tina Bow, a Taiwanese-American dedicated to relieving poverty around the world by providing emergency disaster relief, vocational training and shelter and care for the homeless elderly.