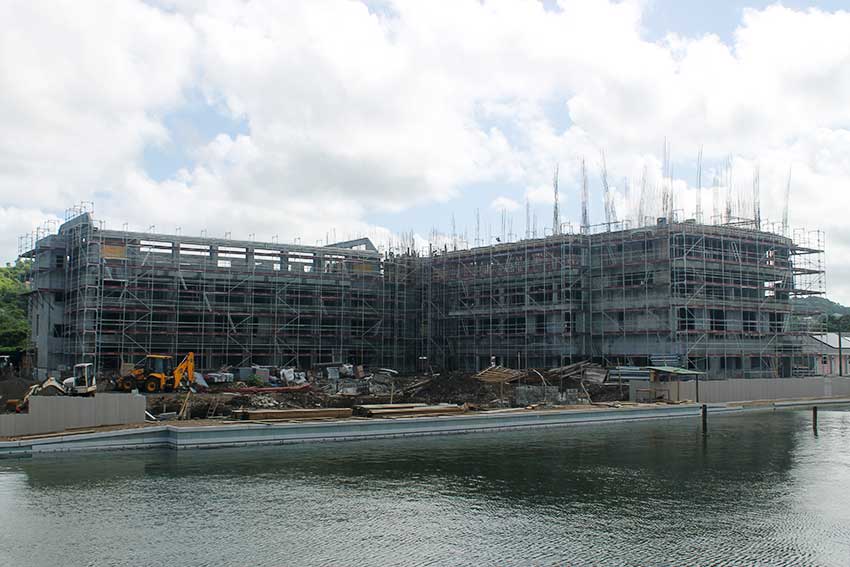 SAINT LUCIA’S tourism sector is poised to undergo significant expansion within the next few years. Due to several major hotel projects, the island’s tourism room stock is to increase by 2000 rooms over the next 4 years, thereby creating more variety in the accommodation offering.

Already for this year, the Royalton Saint Lucia Resort and Spa has opened its doors with 455 rooms in two hotels, one catering to families and the other adults only. Serenity Villas at Coconut Bay Resort, has also unveiled its 36 luxury villas and the Harbor Club is to open in September with 117 rooms.

Work will begin on the Fairmont Saint Lucia Resort in Sabwisha, Choiseul in September this year. This resort will be a unique space that integrates local nature, a low-rise building complex and a wide range of recreational facilities. The hotel will include 120 five-star hotel rooms, 37 villas, 3 restaurants, a spa, commercial areas for local producers and traders and 3 swimming pools. A special central place within the development will be dedicated for local tradition with several shops for carvings and paintings.

The Range Developments signed an agreement with the Government of Saint Lucia to acquire the Black Bay lands and develop Black Bay into an integrated master planned luxury touristic community. The Black Bay Master Development will consist of a luxury-branded hotel and villas with other amenities set on 180 acres on the southern tip of the island. The hotel is expected to have 180 rooms and will be the central anchor of the Black Bay Master Development. Initial site works are expected to commence in the fourth of quarter of 2017 or the first quarter of 2018 and the hotel is expected to be completed by the end of 2020.

Sandals Resorts International has confirmed plans to add a fourth resort in Saint Lucia. The property will offer 350 rooms and suites inclusive of the exotic Sky Pool Butler Suites, all-butler signature swim-up Rondoval Suites and an infinity-edge sky pool bar. Groundbreaking for the project is set to begin in 2018.

In addition to hotel developments, the island will create and capitalize on the concept of village tourism. Eight fishing villages will be transformed into unique tourism villages based on their attributes and strengths. These villages will be uniquely themed and development plans will be established in a participatory manner which addresses the villages’ infrastructure, culinary assets, architecture and capacity.